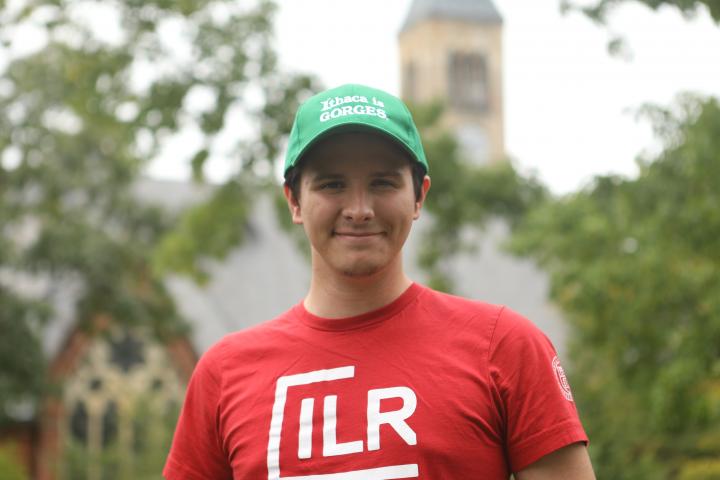 “I am incredibly thankful for this opportunity and look forward to serving the 4th Ward and the City of Ithaca,” Patrick Mehler ’23 said after becoming an alderperson.

Patrick Mehler ’23, sworn in tonight to fill a vacant Ithaca Common Council term, hopes to drive engagement between City Hall and the 6,000 people who live in his Collegetown-area district, the 4th Ward.

“I hope I can get people reengaged with the city. I hope it’s a resurgence” said Mehler, who has had plenty of practice at Cornell in getting groups to move forward.

He taps into his ILR education on a daily basis, he said. “ I very much have turned everything I have learned at ILR to use it the next day to solve a problem. I have genuinely used every course.”

Mehler, who bowls two-handed at the Helen Newman Lanes and writes “The Mehl-Man Delivers” column in “The Cornell Daily Sun,” will serve as one of the city’s 10 ward representatives until Dec. 31, 2022. He is filling the remainder of a four-year term held by Steven Smith, who resigned from the position earlier this year, and will receive a yearly salary of $9,641. Recent Cornell graduate Katie Sims was the other candidate considered by the Common Council to fill Smith’s term.