Lack of transparency can have negative and positive impacts, Belogolovsky says 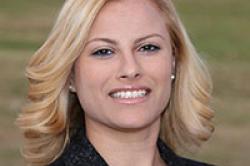 Despite the fact that pay secrecy is so common, little research exists to explain its relationship to employee or organizational performance.

Elena Belogolovsky, who joined ILR last July as assistant professor in the Department of Human Resource Studies, is working to change that.

The primary reason for the dearth of research about pay secrecy, she says, is that data are so difficult to come by.

"It's an important topic, and a lot of managers want to know the empirical findings of the effects of pay secrecy, but the majority is unwilling to let us conduct research in their organizations," she says. "Managers just don’t want their employees thinking about colleagues' pay."

These organizations believe pay secrecy eliminates jealousy among employees, but the practice has implications on both performance and helping behaviors, she says.

In her research, published in Personnel Psychology, Belogolovsky found that an important factor in how employees respond to pay secrecy is their tolerance for inequity.

"My co-author, Professor Peter Bamberger from Tel Aviv University, and I found that among individuals with lower levels of tolerance for inequity, pay secrecy -- in contrast to pay transparency -- is associated with significantly weaker individual task performance," she says. "These adverse effects are partially explained by reduced perceptions of the link between performance and pay."

Interestingly, she says, among employees highly tolerant of inequity, pay secrecy is associated with a higher level of individual performance than pay openness.

Belogolovsky also has looked at how performance appraisals can influence the incentive and sorting effects of pay secrecy.

Belogolovsky says the solution is not to make pay systems completely open, but to make them more transparent and fair, and communicate clearly about them. "Employees need to understand how to get from Point A in a salary range to Point B," she says. "You also want to make sure that employees perceive the system as fair -- it doesn’t matter what you think. If your employees don’t perceive it as fair, you’re in trouble."

In one, Belogolovsky is examining the impact of pay secrecy on help-seeking and help-giving behaviors, and what happens when pay systems change from secret to open, or vice versa. Before arriving on the Cornell campus last summer, she spent two months collecting data in Singapore.

In the second study, she is collecting data from China and France to learn the impact of pay secrecy on organizational performance.

"Despite its adverse impact on individual task performance, pay secrecy may offer a number of significant, performance-enhancing benefits on the organizational level," she says.

Belogolovsky, who earned a doctorate in 2011 from Technion-Israel Institute of Technology, says she was drawn to ILR because "it's the best school of its kind in the world. At ILR, I have found students who are brilliant and faculty members who are like family."