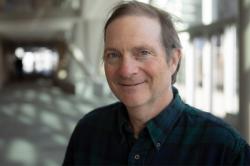 Seth Sanders, whose tenure at ILR began this past fall, has been approved by the Cornell Board of Trustees as the first-ever Ronald G. Ehrenberg Professorship in Labor Economics. Sanders has a dual-appointment with the Department of Economics.

“It is hard to think of an economist that has been more successful at bringing empirical evidence to inform the debate on labor market and education policy. I share Ron’s passion for using economics to solve pressing social problems,” Sanders said. “But, the humbling part of having this chair is knowing what Ron has done as an educator. His brilliant, insightful and kind mentorship helped many students succeed and make major contributions to our profession. My sincerest hope is to follow his example and be of service to society and our students.”

Sanders came to Cornell from Duke University. He specializes in economics and demography, recently focusing on issues of health and mortality among the elderly. He has spent his career studying the constraints and choices of marginalized populations including immigrants, teenage mothers, gays and lesbians and highly educated minority workers.

“Seth is an extraordinary scholar, undergraduate and graduate professor, mentor and institutional builder,” Ehrenberg said. “ILR is fortunate to have attracted him here. He has privately told me how much having a chair with my name on it means to him, but, in truth, I believe that as his accomplishments continue to soar in the years ahead, I will be the one fortunate to have my name associated with his.”

Established in 2014 by then-Dean Harry Katz, the chair is one of several in the ILR School named for a faculty member, but is the first endowed position to honor a second-generation member of the ILR faculty.

Ehrenberg has authored or edited 26 books and more than 160 papers. He has received numerous awards, including the Jacob Mincer Award from the Society of Labor Economists and the Howard Bowen Distinguished Career Award from the Association for the Study of Higher Education, both for lifetime contributions.