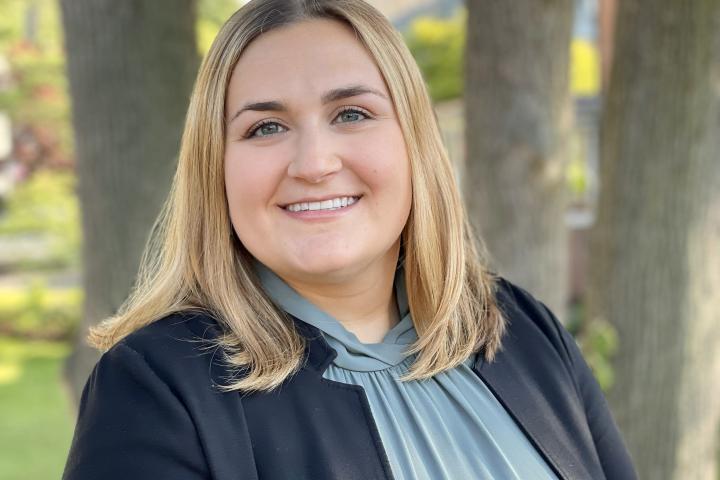 Under Zitek, Sherman learned how to apply mixed methods in research, which allowed for increased transparency and more complete findings regarding gender inequality in sports coaching.

After taking classes and cultivating research skills under Zitek, Sherman, now a human capital advisory associate at KPMG, became more involved in gender equity and sports business not only through her senior thesis, but also as co-president of the ILR Sports Business Society.

“Eliza did a really great project exploring this in many different ways,” Zitek said, referring to Sherman’s archival data analyses, statistical analyses and qualitative interview data analyses of female WNBA coaches and barriers they face. “Everyone already knew that it’s hard for women … but we have the data here, and documented true personal experiences.”

Sherman found evidence that “there are many women who are extremely qualified to coach male athletes in the NBA” and “the lack of women in these coaching roles may be due to women being held to different standards than their male counterparts.” For example, it seems that female coaches are expected to have more playing experience than male coaches.

Some of the people interviewed by Sherman voiced strong support for women as NBA coaches. Many referenced Becky Hammon, who was assistant coach of the San Antonio Spurs before becoming head coach of the WNBA’s Las Vegas Aces this year.

Tobias Harris, a Philadelphia 76ers player, in an interview with Sherman as part of the ILR Sports Business Society Speaker Series, said, “It’s necessary [to have female coaches] … they bring the same type of competitive nature to the game … I'm always an advocate for having more women coaches in the game, I want there to be a woman head coach in the game … and now it's a matter of time before it continues to fully make a full change.”

In a media interview, Kyrie Irving, player for the NBA Brooklyn Nets, opposed the gender occupational segregation that has been documented amongst the professional basketball industry. He said, “There shouldn’t be any roles that are deemed for male or female … But there’s still a fight.

While Sherman’s research highlights overarching themes for potential solutions in gender-discriminatory sports hiring practices, she is hopeful that the dissemination of her research and its findings will better inform existing decision-making or hiring processes in sports business.

Sherman, now a human capital advisory associate at KPMG, said, “I’m hoping that the results from this study can help … make these organizations think more deeply about their hiring practices and how they choose to hire someone. I know it’s important to have … clear data for these organizations, and have more players be outspoken about this.”

Katie Smith, lead assistant coach for the WNBA Minnesota Lynx and former head coach for the WNBA New York Liberty, was interviewed as part of Sherman’s research. She said, “So I think that is just for us to really put ourselves out there and let people know this is what we want to do. And then it's, you know, us hiring each other … we need our game to continue to hire women.”

Sherman and Zitek hope that the research will help advance gender equity in employment by helping industry leaders recognize existing bias and stereotypes that could be influencing sports hiring practices. “We have evidence that these hiring discrepancies and biases start at the lowest levels of coaching,” Zitek said..

When asked about her research experience, Sherman said, “Personally, it’s important to include perspectives of people who worked in [the industry] … This is a topic people wanted to talk about. Women were eager to speak to this topic and share their perspective.”

“The numbers don’t always say why, either,” Zitek said. “But with more time and more awareness, I think eventually we will get a female head coach in the NBA. Awareness is the first step to solving the issue.