A Special Place in His Heart 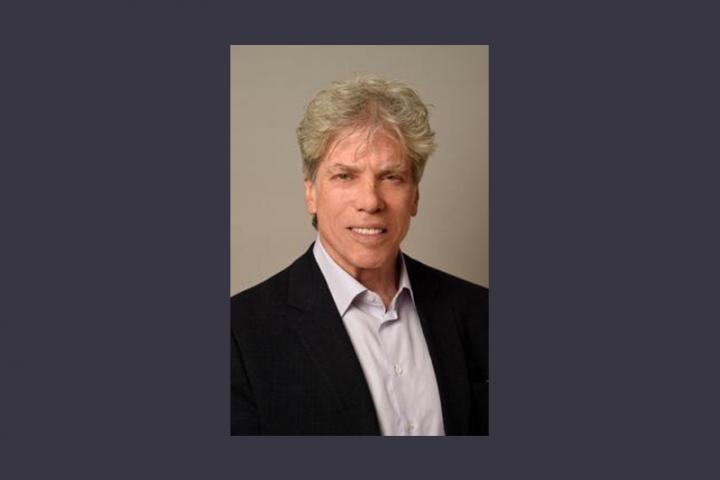 Ken Sunshine ’70 has traveled a long and winding road that started with community organizing on Long Island and gained steam as he joined in political and anti-war activism in the late 1960s at the ILR School.

Today, he is the founder and president of Sunshine Sachs, a public relations firm with deep roots in unions, politics and entertainment. The firm began in 1991 as Ken Sunshine Consultants.

On Oct. 27, in a 2:30 to 3:30 livestream, he will share his story through an ILR Alumni Association-sponsored event.

For Sunshine, much has changed and nothing has changed. He loves his work with the rich and famous and powerful, but he still measures success the same way he did when he was at Cornell. Hint: It’s not all about money.

“I love working with people or institutions that make this crazy world a little better,” he said. “The unglamorous clients, usually people or nonprofits that are quietly doing good things for others, satisfy me more than any other clients.”

Raised on Long Island by parents who were liberal Democrats, Sunshine said his activism exploded at Cornell. “It was the heart of the anti-Vietnam War protests and the civil rights movement and campuses were a real focus of activism, with Cornell being right up there with virtually every major school in the country.”

Sunshine has been involved in many Democratic campaigns, including Bill Clinton’s run for president in 1992 and Hillary Clinton’s 2016 campaign. His company also provided public relations services for the Women’s March on Washington the day after President Trump's inauguration in January.

“I feel a sense of activism among young people that I have not felt since I was at Cornell,” he said. “Look at all the activism on campuses since the march. It's mostly expressing outrage at some of the things the new president has enacted or is trying to enact.”

In anticipations of ILR’s Friday livestream with Sunshine, learn a bit more about him:

Question: You are the keynote speaker at the Oct. 27 ILR Alumni Association Student-Alumni Career Pathways program from 2:30 to 3:30 p.m. in 105 Ives Hall, which will also be livestreamed. The title is “Political Activism, Entertainment, and Becoming an Entrepreneur: My Journey After Cornell.” What will be your message to the students?

K.S.: Times have changed, and my journey has been unusual. I am not coming there to say do it like I did. I did OK and have had some great experiences. I am definitely an example of a very nontraditional path to a career that has had some success and a lot of cool experiences.

We are in an age where there is a lot of fear out there. It’s harder to get jobs, it's hard to get acclimated to the world of movers and shakers that I think all students at the ILR School are hoping to be part of. I am an example of an average ILR student who really didn't have a clue what he really wanted to do, who has had this crazy journey, ended up with some success, and feels good about making the world a little better.

I don't want to make myself an example and tell them to do it like me. Frankly, it would be much harder in today's world. One of the things I want students to take with them is: don't follow the path that's expected. Have the courage to think out of the box. Don't worry about money all the time. Money alone really does not bring happiness. Sometimes you end up succeeding in ways you never thought of. Stay true to your ideals.

America has a lot of problems and the world has many more. Closing your ears and eyes and just trying to do well and get ahead, to me, is not an acceptable alternative any time, but particularly these days.

Question: How did you get into entertainment?

K.S.: I started my own business mid-career because I wanted to become a unique entrepreneur. I started as a community organizer, then became a political consultant and worked on a lot of campaigns. I didn’t much like that world, and went into the music business where I learned public relations skills.

My first two clients were Barbra Streisand, who I knew a little from the political world, and Bill Clinton, who was running for president. We did public relations work on the Democratic National Convention that nominated him at Madison Square Garden in New York City in 1992. I went on the campaign trail with him for a while when I was starting the business; that set us up as being different from more traditional PR firms. I started out with a staff of one – me – and now we have almost 170 people in offices in New York, Los Angeles, Washington, D.C., and Austin. I have a terrific executive team that has magnificently carried on the brand I established when I was dreaming about success as an entrepreneur.

I take pride in working with celebrities who stand for something artistically as well as using the power of celebrity to do good. Streisand and so many of the other entertainers we represent, including Leonardo DiCaprio, Harry Belafonte, Ben Affleck, Jon Bon Jovi, Tyler Perry, Jennifer Lopez, Lin-Manuel Miranda, Jane Fonda, Natalie Portman, Lee Daniels and Janet Jackson among many others, really care about making the world better.

I love Streisand's philanthropic work. I am so proud of what Leo (DiCaprio) does in the environmental world. What Ben Affleck has done to raise consciousness about the Congo is extraordinary. Jon Bon Jovi has done so much to help the lives of poor people and started the JBJ Soul Kitchen in New Jersey to feed people and raise consciousness about hunger and homelessness.

Question: What is the most satisfying part of your work?

K.S.: Two of my favorite client stories are about organizations that are not glamorous or well-known.

Many years ago, John Cardinal O’Connor told me about a problem Calvary Hospital in the Bronx was having because insurance companies didn’t want to pay for the services provided by the hospital, which cares for terminally ill cancer patients.

The cardinal said he needed my kind of aggressive PR help, so I persuaded Gabe Pressman, a legendary New York City newscaster at the time, to look into it. Gabe chased down some of the insurance executives who were denying payment for patients at Calvary. The insurance companies backed down. I love using PR to help the good guys.

We also represent LiveOnNY, New York’s federally designated organ donation nonprofit. Our state has the lowest percentage of residents who are organ donors. We have helped raise awareness across the state, and I am so proud that Gov. Andrew Cuomo recently signed legislation that will make it easier to register as an organ donor.

These are the kinds of clients who have a special place in my heart.