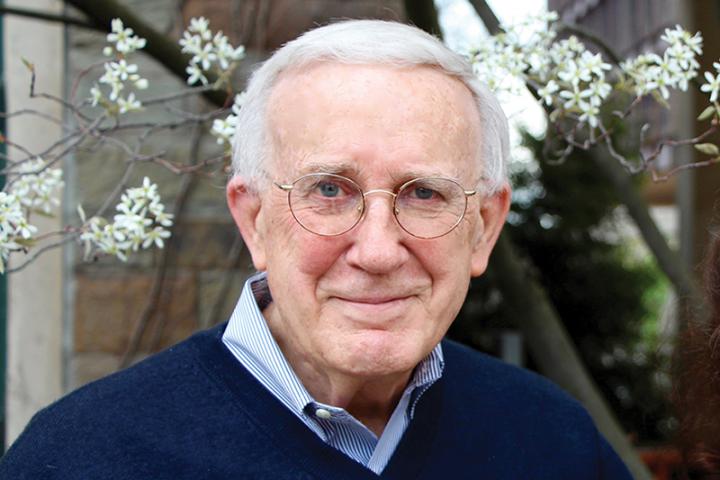 If there is one thing that Professor James Gross has imprinted on thousands of students and many colleagues, it is that workers’ rights transcend the workplace – workers’ rights are human rights.

“By giving voice to the concept of workers' rights being an essential part of human rights, Jim Gross has helped all of us who are concerned with American labor relations to better understand one of the most basic aspects of true democracy. We have learned from his fundamental teaching,” Charles J. Morris said in an interview. Morris is professor emeritus at the Southern Methodist University Dedman School of Law

Gross, in his new book, “Rights, Not Interest: Resolving Value Clashes Under the National Labor Relations Act,” urges his audience to think of the act in a fresh way – through the framework of international human rights standards.

He orients readers by explaining the Wagner Act, commonly known as the National Labor Relations Act, which became law in 1935 and serves as the basis of U.S. labor policy.

The act shifted the workplace from an industrial autocracy in which employers alone had the right to set wages, hours and working conditions, to a democracy in which workers have the right to organize and collectively bargain. At its core, the Wagner Act is and was a workers’ rights statute, according to Gross.

Since then, it has been through 83 years of reinterpretation and recalibration by the National Labor Relation Board, charged with overseeing the act, as well as the U.S. Supreme Court and presidential administrations.

Despite many hostile interpretations claiming that the act was intended only to balance economic interests of labor and management, the act is not intended to be neutral, Gross said. It is intended to protect workers’ rights and encourage collective bargaining, he said, urging a return to the act’s original values.

Contrary to those who say the act is dead, the National Labor Relations Act “is still a vibrant source of workers’ rights,” Gross says in the book, published by ILR Press.

Years of change have weakened the act for workers, Gross said, yet the act remains a marvel. “There should be expressions of wonder and optimism that this workers’ rights law is still a protector and promoter of workers’ rights after eight decades of almost continual hostility from so many quarters.”

Yet, it can be more powerful if it is applied through a framework of international human rights standards. Freedom to associate, collectively bargain and challenge management without reprisal would be enhanced by the notion that workers’ rights are human rights, Gross said.

Gross calls for creative and visionary thinking not only in applying human rights to the workplace, but also, for example, in considering the U.S. Constitution as a source for worker rights.

He is hopeful that the notion driven by the book, dedicated to the late Professor Cletus Daniel, will be powered by workers.

“The desire of working people to join together to fight for their rights has been irrepressible over time no matter how oppressive the situation.”

Jeffrey Hilgert, Ph.D. ’11, a professor of industrial relations at the University of Montreal, commented on Gross’s influence as a human rights advocate.

“Jim has been an inspiration to hundreds of students over the years. His work on the NLRB goes beyond in-depth studies of the primary labor rights protection agency in the United States. He raises fundamental questions about human dignity at work and how we as a global society must escape the free market consciousness that treats people as no more than commodities to be bought and sold for a price.”

“He insists on a values-based analysis of the institutions that regulate labor. His students, myself included, are indebted to him as an unwavering human rights voice.”