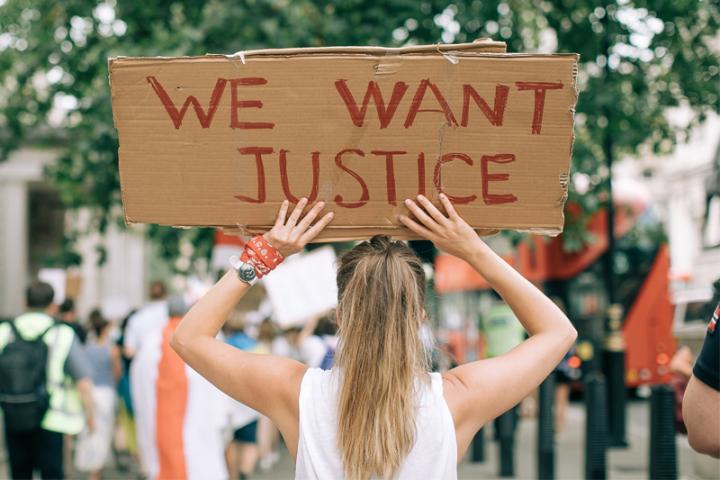 In many cases, unions in Europe have helped non-unionized workers whose jobs are precarious.
That is one of the research findings by Laura Carver, M.S. 20, and Associate Professor Virginia Doellgast published by the “European Journal of Industrial Relations” in December.
In “Dualism or solidarity? Conditions for union success in regulating precarious work,” the authors surveyed academic articles to see how often they would find evidence of "dualism" vs. evidence of "solidarity," and what conditions were associated with each outcome.
Unions respond to growing worker insecurity, called “precarity” by many, in different ways, Carver said. Examples of union support include the Unite union support of the "Justice for Cleaners" protests in the United Kingdom and support by the French union CGT for the "sans papiers" movement for undocumented immigrant workers in France.
In some cases, unions work with management to protect their own members while allowing management to cut pay or otherwise increase insecurity for non-unionized workers, she said. This is called "dualism" for the reason that it creates a "dual labor market," where unionized insiders are still paid relatively well and have some job security, and non-unionized outsiders are subjected to increasing insecurity.
Unions also can act in solidarity with non-union workers by proactively extending union protections and increasing security for precarious workers.
A third union response is described as “failed solidarity” by Carver and Doellgast. “Unions’ attempts at inclusivity are not always successful -- in other words, attempts to stand in solidarity with non-union workers sometimes do not actually reduce their experiences of precarity. This outcome wasn’t really captured by the ‘dualism/solidarity’ dichotomy, so we created a third category,” Carver said.
After surveying 56 case study-based articles published between 2008 and 2019, they found that:
-- In 46 percent of cases, solidarity was practiced when unions improved working conditions for the peripheral workforce. This includes cases in which the union simultaneously improved conditions for the core workforce, as well as those in which the conditions for the core workforce remained stable or even declined.
-- In 26 percent of cases, the unions practiced dualism by maintaining or improving working conditions for the core, unionized workforce, with either no attempt to address precarity for peripheral workers or increased precarity for these workers.
-- In 12 percent of the cases, solidarity failed -- there was no reduction in precarity in spite of union attempts to regulate or improve conditions for peripheral workers.
-- In 16 percent of cases, there were no clear outcomes of dualism, solidarity or failed solidarity.
“The most common form of dualism was based on actions or campaigns in which the union negotiated to reduce the use of outsourcing or agency work to secure internal jobs – often involving concession,” the authors wrote.
“The fact that successful solidarity was the most common outcome is notable. This suggests there is cause for optimism, or that increased precarity is not the inevitable outcome,” Carver said.
There are several factors that are associated with each outcome, she said.
“We didn’t find a single set of factors that are associated with successful union “solidarity” with non-union workers, because different unions have different tools at their disposal. We found that in countries or markets where unions have historically been strong, unions can leverage their existing power resources to extend protections to non-members,” Carver said. “However, when unions do not have these power resources, they are more likely to mobilize workers and community groups in combative action against the employer, such as protests -- we call this a “conflict-based” path to solidarity.”
In cases showing evidence of labor market dualism, Carver said, “We often saw different unions or labor representatives competing with each other, rather than working together to advance worker interests. We also saw dualism occur more often when unions both were at a negotiating disadvantage due to economic conditions and sought to address that disadvantage through labor-management cooperation rather than worker mobilization.”
When looking at “failed solidarity” cases, the authors noticed that they often involved migrant workers. “One primary reason for this is that migrant workers are often at an extreme structural disadvantage -- if they came to a country via their employer, that employer may have a lot of leverage over the worker,” Carver said.
“Another reason, however, that unions are sometimes unsuccessful in this respect is that they don’t give migrant workers enough voice within the union. For example, they may not give migrant workers access to leadership positions, or provide opportunities for them to have input into decision-making. This means that already precarious migrant workers may not trust the union to represent their interests.”
Building trust with underrepresented communities is an opportunity area for unions looking to push back against growing worker precarity, the authors said. “Unions can and should demonstrate their commitment to understanding and representing the concerns of marginalized workers, including migrant workers and racial minorities that face distinctive barriers to secure employment.”