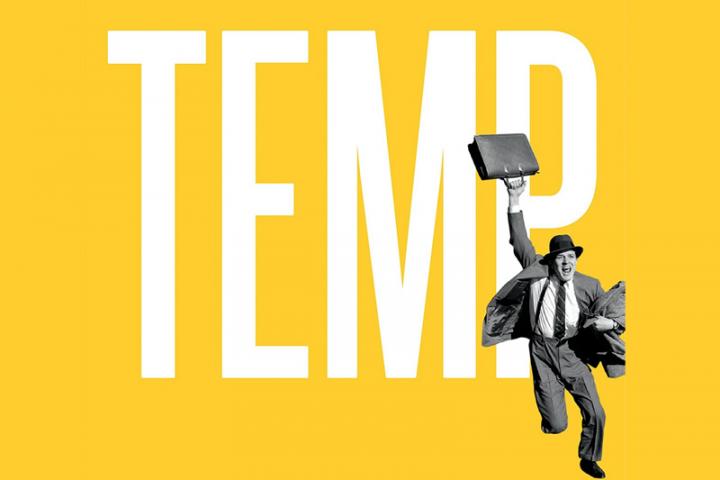 The award was given by Princeton’s Industrial Relations Section for the most important contribution in 2018 toward understanding public policy related to industrial relations and the operations of labor markets.

In announcing the award, Princeton described the book:

“Temp traces the history of the ‘gig economy’ back to creation of the Manpower temp agency in the 1940s, whose founders framed temporary work as an opportunity for women to earn extra spending money with flexible scheduling. The book chronicles the use of temporary labor across different industries and geographic regions, including the Silicon Valley tech industry, which Hyman contends has always relied heavily on subcontractors employing temporary workers, starting with semiconductor manufacturing in the 1960s.”

“The book is written for a general audience, though Hyman brings his perspective as an academic historian with a research focus on the relationship between American capitalism and society. The author started his career as a McKinsey consultant, and he argues that management consultants' relentless focus on the lean, agile workforce contributed to the nation's increasing dependence on temporary labor.”

The book award is named in honor of William G. Bowne, who served as Princeton’s president for 16 years.