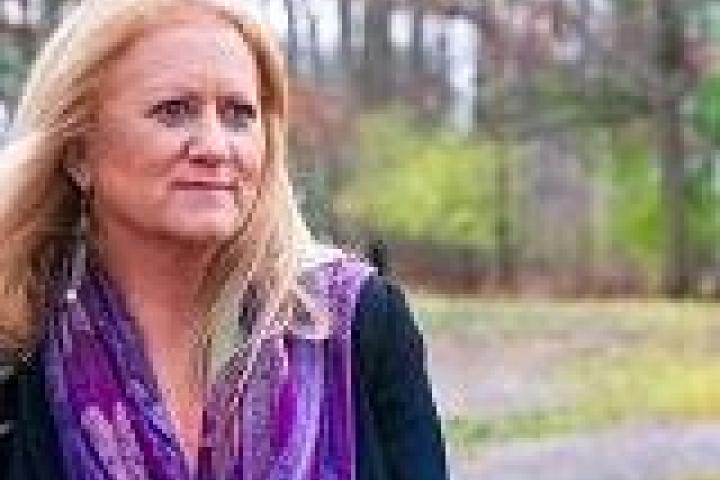 Susan Porter did not know what to expect when she enrolled in a few classes at her local community college in Cleveland, Ohio a few years ago. At 52 years old, Porter was taking care of her one-year-old granddaughter, running her own restaurant in downtown Cleveland, and supporting her daughter who had recently been injured. Going back to school was the last thing on her mind.

Fast forward four years and Porter is preparing to graduate from the ILR School and was recently featured in Marlo Thomas’ new book, It Ain't Over... Till It's Over: Reinventing Your Life - and Realizing Your Dreams - Anytime, at Any Age. In the chapter titled, “The Grandma Graduate,” Porter talks about her experience going back to school and the challenges she faced. “My biggest challenge was what many traditional students face. I was leaving my family and I didn’t know anyone here. The question lurking in the back of my mind was, ‘Am I strong enough to do this?’” Thomas’ book features a number of women who have reinvented themselves and the experiences they have had throughout the course of their journey. “I hope my story encourages other men and women to pursue their dreams as I did in pursing my degree. They can do it. It’s not out of reach for anybody.”

After excelling in her classes at Cuyahoga Community College in Cleveland, Ohio and launching a website on social justice issues affecting the global community, it wasn’t long before the ILR School reached out to Porter and invited her to visit the Cornell campus. “From the minute I stepped foot on campus, I knew I belonged here,” stated Porter.

Porter applied to the ILR School and was accepted as a part of the fall 2012 class. During her two years at ILR, she has been able to take advantage of a number of opportunities. In addition to spending a semester studying abroad in Ireland at University College Dublin, she also received an ILR travel grant to conduct research in Ukraine regarding human resource management practices. Being one of many non-traditional students on Cornell’s campus, Porter also launched a student organization called Non-Traditional Student Organization of Cornell University (NSOCU). The organization currently has a Board of Directors and a growing list of members who are interested in having a forum to connect with other non-traditional students to discuss issues from housing to financial aid to classes.

Porter has thoroughly enjoyed her time at ILR and is ready to get back into the world of work. “My two years at Cornell have really flown by, but I’m ready to put into practice everything that I’ve learned here.” More information on Porter’s journey to ILR can be found at the following link: http://www.cornell.edu/portraits/susan-porter.