“Shaping the Future of Work” 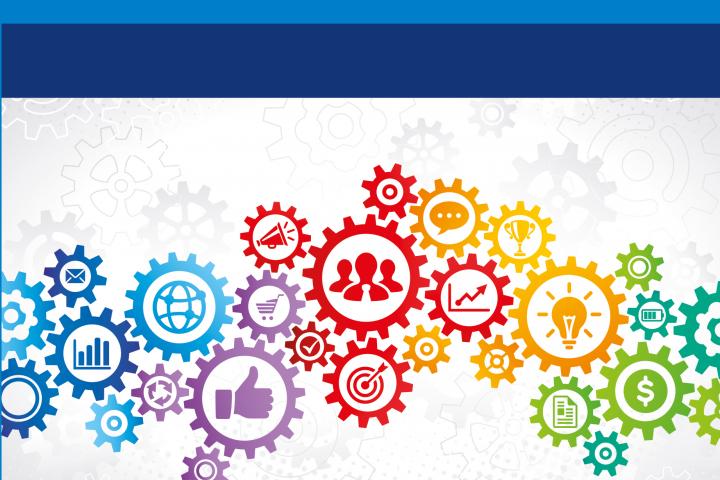 A new edition of "Shaping the Future of Work: A Handbook for Action and a New Social Contract" by Lee Dyer, ILR emeritus professor of Human Resource Studies, and MIT Professor Thomas A. Kochan is a call to action to develop good jobs and strong business while overcoming social and economic divisions.

According to Routledge, which published the book in November, it “provides a clear roadmap for the roles workers and leaders in business, labor, education, and government must play in building a new social contract for all to prosper.”

Dyer taught at ILR for 45 years and is a research fellow at ILR’s Center for Advanced Human Resource Studies. Kochan is the George M. Bunker Professor of Management at the MIT Sloan School of Management. He taught at ILR before joining MIT’s faculty.

Dyer recently discussed the book for this story:

How did the social contract between workers and employers evolve in the post-World War II years?

It evolved organically, thanks to the confluence of several favorable conditions: (1) U.S. corporations were dominant globally after the war and many of the bigger ones were highly regulated, so conditions weren’t as competitive as they are now, (2) executives had a greater sense of social responsibility than they do now (perhaps because of condition 1), (3) unions were powerful and negotiated very favorable contracts which other companies often adopted, and (4) New Deal labor laws and policies were in effect and effectively enforced, and for example, facilitated the large and powerful unions.

How and when did the social contract fall apart?

Starting in the mid- to late-70s, companies began facing more competitive conditions and became enamored with and empowered by Milton Friedman’s admonition to pay attention to profits and stockholders and don’t worry about any obligations to employees or other stakeholders. The labor movement steadily declined in membership and power, in part because of tougher anti-union stances by management, and thus found it tougher to resist the executive profit grab.  Reagan’s mass firing of the country’s air traffic controllers in the early ’80s jump-started this effort. From then until now, right-wing pressures for stockholder preeminence and less government regulation of business kept eating away at workers’ rights, while creating conditions favoring the flow of riches to the already rich.

Do you see opportunity for a new social contract? Why?

Yes, when I’m being optimistic. The Business Roundtable just came out with a new statement on the purpose of the corporations, which adopted a stakeholder, rather than pure stockholder, preeminence point of view. This was in the context of “making the economy work for everyone” including workers. President Biden certainly shares this view, as do union leaders, and other labor advocates. So, there is some commonality to work from. Of course, there are differences of opinion about the meaning of this phrase. Some question whether corporate types even really believe in it. But, if there is a common base to work from, negotiations are possible.

Has the pandemic opened the door to a shift in the workplace where there will be more focus on equality and more flexibility for workers?

Yes. It certainly has highlighted the ways in which the economy isn’t working for everyone (to those who will pay attention). So, there is hope. But, again, unless there are forums for pursuing a new social contract, it will be easy for the major players to just talk – or worse, endlessly and futilely argue with each other.

You and your co-author, Tom Kochan, say we have the ability to shape the work of the future by harnessing the power of new technologies. Who will lead that charge?

MIT has a good start on this with its university-wide Task Force on Work of the Future. The basic position is that technology is too important to be left entirely to the technologist, particularly when it comes to basic designs and workplace applications. The task force and others advocate partnerships between technologists and users, each to inform the other, so that by and large, we get technologies that augment work, rather than replace it.

What strategies will business have to adopt to create good jobs and what do you expect those good jobs to look like?

They have to take the Business Roundtable stakeholder view seriously, to learn to view workers as valuable resources to be used to their full capacities rather than simply as costs to be eliminated or at least minimized, and to get out from under Wall Street’s relentless pressure for short-term profits.

Some define good jobs as those they pay a decent (e.g., living) wage. Others, including Tom and I, take a broader view also emphasizing the importance of interesting work, investments in workers’ skills and futures, fair treatment, diversity and inclusion, and the need for worker voice, such as input into important decisions and an unfettered right to protest injustices, at all levels, from the boardroom to the shop floor.

What can individual workers do to contribute to a new way of thinking about work?

Available evidence suggests that most workers are already there. We cite evidence from the students in our courses, for example, to show that they not only know the difference between good and bad jobs, but also fully expect to have good ones. Tom has gathered extensive data on the voice issue. The problem is that individual workers lack power; they need the power of unions and other worker advocacy groups behind them.

Our entire educational infrastructure from pre-school to retirement needs to be rethought because it’s not working. The U.S. spends more and gets less from its educational system than any other advanced country. The weakest link in the process occurs after workers finish their formal education and begin working. Employers do far less training than they used to and much of what they do is concentrated on managers and potential executives. Efforts by universities and outfits like Coursera are hit and miss.

Technology and other forces are going to keep changing the nature of work. We need to figure out how to keep workers’ skills in line with the evolving demand. Tom and I advance a few thoughts on the matter, but certainly don’t claim to have all the answers. Once again, though, if business leaders, labor leaders, educator and public policymakers started working on a new social contract, they could make some meaningful progress.

How can government support a better future for work?

Government’s role over the past 40 years has mostly been in the opposite direction, but President Biden has a bunch of ideas for changing that. He can’t go it alone, though. That’s why Tom and I keep coming back to the need for business leaders to work with, rather than against, him on this, along with labor leaders and educators.

What role will organized labor play?

It could play an important part, especially if it would work on a new social contract with the other key players – taking a broader view of making the economy work for all workers and not just their members.

Also, it is essential to take a broader view of labor; much worker advocacy takes place outside traditional labor unions in what some refer to as alt-labor organizations. The ad hoc community organizations that have sprung up around the country in support of the $15 an hour minimum wage is just one example of this.

Building a better workplace is a complex undertaking. Where do you expect leaders to emerge? Are there certain sectors or nations that are already building a reimagined future? What can we learn from them?

There are actually quite a few experiments of various kinds going on at the community, sector and state levels. The most noticeable is around various versions of apprenticeship training involving community colleges, labor unions and employers. We cite quite a few of these in the book. But, there still needs to be an umbrella group at the national level involving all the key players to consolidate and push the best ideas that spring up from below. We could learn a lot from some of the Nordic and Scandinavian countries, but suggestions along this line often evoke knee-jerk cries of socialism.

A more equitably shared prosperity – how long will it take to build that and what will it look like?

Well, it’s taken 40-plus years to tear down the last one. But, I like to think with a concerted effort in the other direction, a lot of what has been learned in the past few years could be put to good use to speed up the effort. But, it’s a complex world, so we’ll see. It will be a situation in which the economy is creating the greatest good for the greatest number ¬– and no one is getting hurt.

What’s the most important thing you want people to learn from your book?

That the future of work isn’t ordained by external forces (globalization, technology, financialization, etc.). We will get the future we decide to have. We can decide to continue on the current path that brought us the most unequal distribution of income and wealth in the developed world. Or, we can decide to turn things around. A good start would be for the key players in the system – business leaders, labor leaders, educators and public policymakers – to get to work on building a new social contract. Read the book and then get with it.