Report Released on Inequalities During Pandemic 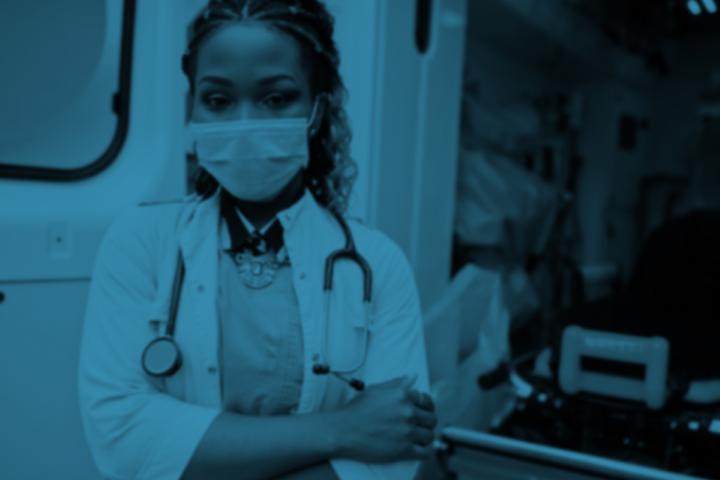 Data on racial, gender and economic disparities during the COVID-19 pandemic was released Feb. 3 by the Cornell ILR Worker Institute, Color Of Change, the National Employment Law Project and the TIME’S UP Foundation Impact Lab.
The Just Recovery Survey was administered to 3,100 people in September and October using a nationally representative survey panel. Black and Latinx respondents, along with New Yorkers, were oversampled to enable analysis of racial disparities and differences between New York and the rest of the country. There were 324 New Yorkers in the survey sample.
“The survey results speak to the enormous challenges people have experienced in health care institutions, voting systems and the world of work. They also point to a broad-based desire for voice at work and support for movements advancing racial and gender justice,” said report co-author Sanjay Pinto, a Worker Institute research fellow. “We need responses that confront racial, gender, and economic disparities across different systems, both through policy and the power of collective action.”
Key survey findings include:
• Employers and government agencies are denying workers, and Black workers in particular, access to critical unemployment supports. Thirty-four percent of Black workers, 26% of Latinx workers and 14% of white workers who applied for unemployment assistance were denied it.
• Working women (17%) were more likely than working men (12%) to report that their household had trouble paying bills before the pandemic began, and a larger share of women (45%) than men (38%) reported increased challenges covering household expenses since then.
• Black and Latinx workers are most concerned about employer retaliation for speaking up about unsafe workplace conditions. Thirty-four percent of Black workers and 25% of Latinx workers reported concerns about employer retaliation, compared to 19% of white workers.
• Almost half of Black workers (48%), nearly a third of Latinx workers (29%), and many Asian workers (15%) fear receiving substandard health care due to their race if they become seriously ill, compared to 4% of white workers.
• Support for Black Lives Matter and #MeToo movements transcends race, gender, and socioeconomic identity. More than half of men (61%) and women (68%) expressed support for #metoo, and 58% and 64% of men and women support Black Lives Matter.
• Sixty-two percent and 61% of non-union Black and Asian workers, respectively, said that they would definitely or probably support a union at their job, compared to 42% of white workers and 44% of Latinx workers. However, union membership stands at 8% to 12% across these groups, woefully out of step with these levels of support.
Read the complete survey findings at bit.ly/justrecoverysurvey.
In the report’s conclusion, Color Of Change, National Employment Law Project, TIME’S UP Foundation and the Worker Institute at Cornell  said, “Racial, gender, and economic injustice can be reversed with people-centered policy choices. Decision-makers at every level of government and power-holders across different systems can use this moment of reckoning to change our path.”