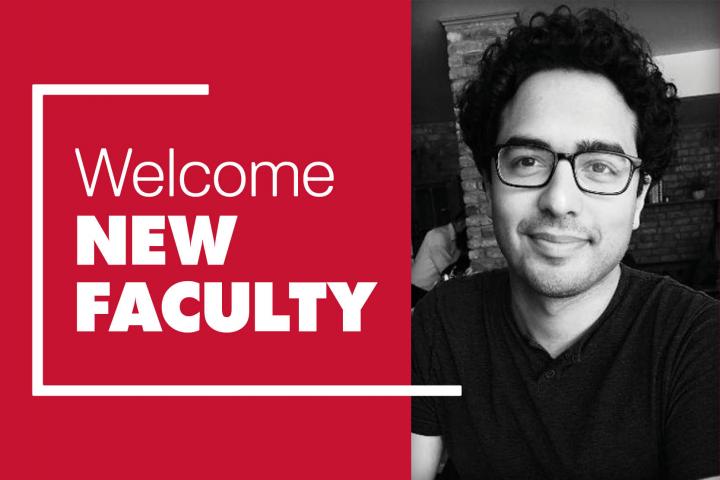 Tej Nagaraja will arrive on campus in July 2020 following a one-year appointment as a visiting faculty scholar at The New School. He earned a doctorate in history from NYU in 2017 and then completed a postdoctoral fellowship in Global American Studies at the Charles Warren Center for Studies in History at Harvard. Nagaraja earned a bachelor’s degree in history and Africana studies from New York University in 2003.

What is your research about?
My research considers how labor and working-class history intersects with African American and foreign relations history. My book manuscript is tentatively titled "Soldiers of the American Dream: War Work, Jim Crow and Freedom Movements in the Shadow of U.S. Power." It examines U.S. militarization and empire, as they were interlinked with economic and racial struggles between the New Deal and the Vietnam War. The book explores how U.S. foreign policy’s statecraft from the Second World War into the Korean War and Cold War was deeply entangled and embattled in relation to domestic social movements centered upon 'war workers.' I reconstruct a transnational history of military-industrial labor struggles, Black soldiers’ civil rights protest against criminal-justice racism and veterans’ debates about America’s role in the world.

How did you become interested in your field?
My passion for history comes from a belief that historical study is not only the best way to understand the past, but also the present and future. As my research came upon so many examples of ordinary working people involved in extraordinary events, which cut across 'Greatest Generation' and 'Civil Rights' concerns, I knew I had a new story to tell -- that would bridge and deepen our appreciation of these important historical protagonists and narratives.

What impact do you hope your research will have?
I aspire for my scholarship to tell a compelling human story, which organically blurs the lines between elite decision-making and ordinary livelihood concerns, foreign and domestic policies, the U.S. and the wider world. I hope that my research can help spark more people to think in new ways about familiar stories of World War II and anti-fascism, the New Deal and civil rights, about how Americans' lives and fates can be linked to those of people around the world.

What attracted you to the ILR School?
The ILR School is a singular institution and community for studying the world of work, a home to conversations across specialties of expertise and discipline. I aspire for my research, writing and teaching to be a public service -- of humanistic and ethical inquiry which is helpful to a diversity of people who are trying to make our world better and fairer. As a historian, the ILR School is a fantastic place to bridge the past and present, the intellectual and practical, the campus and wider civic communities.

What are you most excited for about your time at ILR?
I am excited to do my research, writing and teaching in community with scholars, students and workers who are concerned with deeply understanding the world of work. While each attending to specific topics and concerns, I'm excited for us all to ask and answer together our bigger, shared questions -- about how it is that the contexts, policies, advocacy and activism which cut across a diversity of ordinary and powerful people all interact together to impact ordinary people's lives.