“ILR Prepares You For Life” 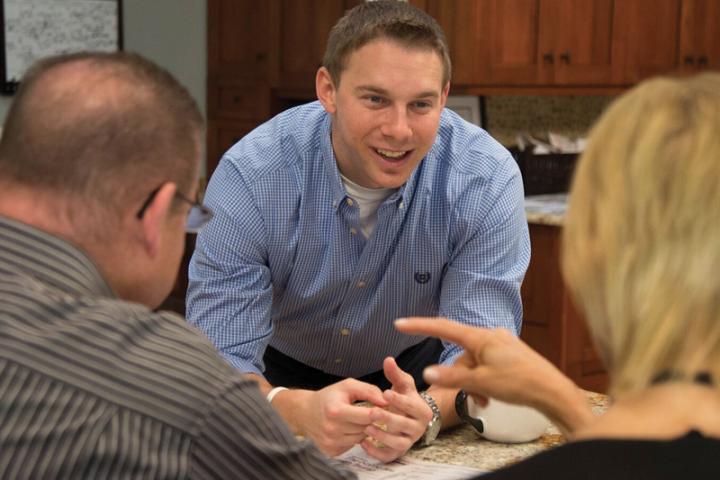 When an emergency hits in Nassau County, Long Island, it’s the law: an American Sign Language interpreter must be part of the announcement.

Nassau’s 32,000 deaf and hard-of-hearing people can now learn as soon as everyone else what’s going on in their community.

It all circles back to ILR.

“Many ILR professors changed my life, but Thomas Golden’s impact was felt immediately,” said Josh Lafazan ’16, sworn into office as a county legislator in 2018.

“My life will never be the same.” Golden, Lafazan said, “explained to me that if I was going to pursue public service, that I must always make fighting for people with disabilities my priority.”

Golden helped Lafazan draft the bill, which passed 19-0 to become law in 2018.

Lafazan got his start in politics when he was elected to the student council as a first-grader.

He entered ILR intent on a career in public service.

“I was often asked why I didn’t choose a college in Washington, D.C., or become a government major. The answer is quite simple: I do not believe there is a program in America that better prepares you for a career in public service than Cornell’s ILR School.”

Lafazan hopes his brother, Aaron Lafazan ’22, gets to know some of the people who impacted his life at ILR.

“Professor Nishii expanded my mind as a learner, and I am a better man today because I took her diversity and inclusion course. It was Professor Nishii who helped me develop a strong academic foundation in understanding institutional racism, systems of privilege and inequities in society, and she has strengthened my commitment to fighting for fairness as a legislator.”

“Professor Ehrenberg will forever be one of the most important people in my life. It was Professor Ehrenberg who helped me clarify both my personal and professional goals, and taught me lessons about life that transcend the classrooms of Ives Hall.”

Ian Schachner, associate director of ILR Undergraduate Admissions, guided Lafazan as he began his senior year. “I was uncertain as to what my future would look like, or what my next step in life would be. It was Ian who helped evaluate my passions and skill set, and ended up steering me toward pursuing graduate education.” Lafazan graduated from Harvard with a master’s degree in education policy and management.

Lafazan’s deep well of energy comes “from an appreciation that every single day is precious, and that life can be taken away from you at any moment.” A week before his senior year, his car was totaled when he was broadsided on Long Island.

“Somehow, I walked away without a scratch. I remember thinking that I was not satisfied with the impact I had made on the world, and that I would work diligently each day to make a difference that would far outlast my time here on Earth. Each day as a legislator, I work to fulfill this promise I made.”

Lafazan is high energy. “My father loves to remind me that the only thing that is truly unlimited in this world is our own energy.”

“However, when I really run out of gas, I love to watch old campaign clips from 2012. To see the footage of adults in my community articulating support for me, then a teenager, I tear up every time. It re-inspires me to get back up and get to work,” said Lafazan, elected to the Syosset Board of Education as an 18-year-old.

He mentions Senior Lecturer Lee Adler, who taught him how labor issues are argued in U.S. Supreme Court, and Associate Professor Adam Seth Litwin, who taught him about collective bargaining.

The school that is helping him make a positive impact as a legislator, Lafazan points out, goes beyond the realm of knowledge and career.

“ILR prepares you for life.”