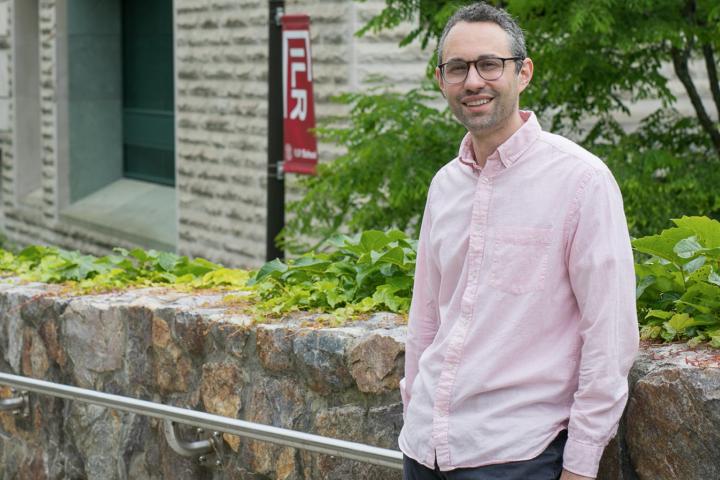 Eli Friedman joined the faculty of the ILR School's Department of International and Comparative Labor after completing his Ph.D. in sociology at the University of California, Berkeley. His primary areas of interest are China, development, education, social movements, urbanization, and work and labor. Friedman currently has two major research projects, the first of which looks at state responses to worker unrest in China and the development of labor relations institutions. The second project is a study of Chinese urbanization, with a particular focus on access to education for rural to urban migrants.

What is your research about?
My research focuses on political problems associated with rural-to-urban migration in China – by most accounts, the largest human movement in history. One piece of my work looks at this phenomenon from the perspective of the workplace. Although these rural migrants constitute the backbone of China's new working class, the state still prevents them from forming their own unions, or engaging in legally sanctioned strikes or collective bargaining. The consequence has been that workers are consistently forced to take unauthorized  strike action to defend their basic interests.
The second stream of my work looks at how the children of these migrant workers are denied access to public schools in the cities where their parents work. Although many of these children have been born and raised in the city, they are still considered "rural" according to the hukou system of household registration. This allows urban governments to prevent them from accessing social services. The result has been widening educational inequality and all sorts of social dislocation for the children of rural-to-urban migrants.

Given all the events of the past year, where will your research have the most impact?
COVID has seriously harmed the already fraught U.S.-China relationship. Unfortunately, this means that has made it increasingly difficult for me to engage with scholars and other interested communities within China, as the state has become highly intolerant of foreign scholars engaged in critical research. I am, however, increasingly engaged with U.S.-based audiences in trying to push back against rising nationalism. My general point of intervention is to show that the vast majority of people in the U.S. and China share more in common with each other than they do with the economic and political elites of their respective countries.

As ILR celebrates its 75th anniversary and looks to the next 75 years, how do you foresee your research contributing to the future of work, labor and employment?
As the U.S.-China rivalry will increasingly shape the 21st century, the treatment of China's workers is of global concern. Rather than an economy and geopolitics that prioritizes the interests of elites, both countries should be working to bring down inequality and create labor regimes that result in a much more broad-based distribution of wealth. If this happens in China, it will have a massive impact on the economic relationship to the U.S. and the rest of the world, and create much greater possibilities to avoid the kind of zero-sum antagonism that has come to dominate the relationship.