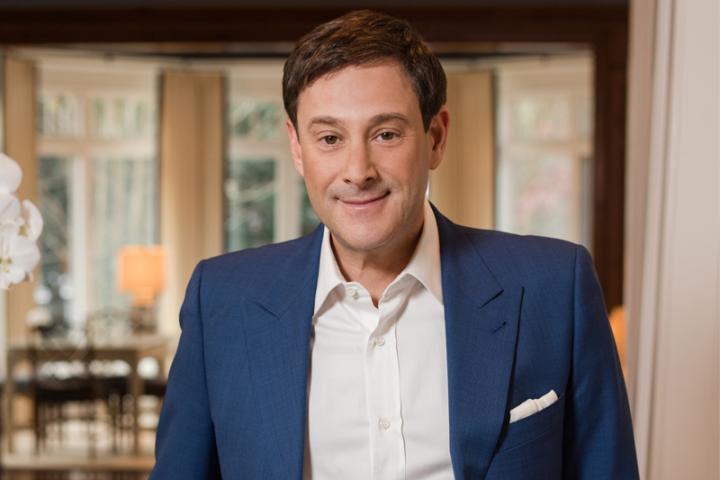 By the time Barry Beck ’90 was 10 years old, the 2020 Alpern Award winner had contracts with everyone in his neighborhood to shovel their snow.

His entrepreneurial spirit was just getting started.

“This was my first taste of success and I became a devoted serial entrepreneur, starting business after business,” Barry said. “Landscaping, window washing, car detailing, retail and office maintenance and construction. I was always looking for more scale, continuing to find my way into bigger opportunities, picking up steam in my new ventures throughout high school – and later in college.”

As a junior at Cornell, Barry, along with his brother and a friend, founded Tower Systems, a chain store management company that eventually counted Starbucks and Bank of America among its clients.

The team built the company into the largest of its kind, with revenues at its peak of more than $500 million. Despite the tremendous success, Barry wasn’t completely satisfied and began meeting with potential buyers. As luck would have it, the company was eventually sold to EMCOR Group, the Fortune 500 company, and Barry met the future Mrs. Beck – Marla Malcolm.

“I met Marla at an investment banking meeting set up for the purpose of selling the business,” he said. “She was so incredibly impressive; she knocked me off my feet. That meeting changed the course of my life. My report back to the board of directors was simply, ‘I think I met the girl I am going to marry.’”

Marla, who was also ready for a new challenge, left the investment firm and joined Barry in launching a luxury beauty e-commerce site. They raised $1 million from investors in just two weeks and were on their way.

Then, the Nasdaq crashed, venture capital dried up and Bluemercury was left with just $150,000 in the bank.

The couple quickly realized that the best way to save the business was to combine the online company with a physical store and purchased EFX in Georgetown. They continued to build the company and their relationship simultaneously, and just after the opening of their fourth Bluemercury store, they married.

Within two decades, Bluemercury became so successful that Macy’s purchased the company, which is still independently operated by the Becks, for $210 million. Now with 190 stores in 26 states, the Becks employ more than 2,000 “beauty junkies” – and it’s those experts that Beck believes separate Bluemercury from its competitors.

“While at ILR, I felt fortunate to enjoy a few serendipitous junctures with Dean David B. Lipsky who, during our few brief interactions, imparted some key insights that became invaluable cornerstones for me,” Barry said. “One such golden nugget, suggesting to always place your people first, became a company hallmark and fundamental component of our ability to revolutionize Main Street retail in America today. When I came into the cosmetics industry in 1999, the majority of employees were part-time workers. I thought, what would happen if I gave our staff full-time work, benefits and a true career path? By retaining full-time staff, we also retained their knowledge, customer relationships and expertise.”

With a lifetime of experience at their fingertips, Barry and Marla are helping the next generation of entrepreneurs through the Beck Entrepreneurship Fellows Program. Entering its second year, it offers summer grants of $5,000 so that Cornell students can work on their startups without needing additional employment.

Always looking for the next great venture for himself, Barry has founded Evenly Technologies, Inc., an oral wellness company.

“Entrepreneurship is the relentless pursuit of opportunity without regard to resources currently controlled,” he said.

“I know I’ve got one more global brand inside me.”