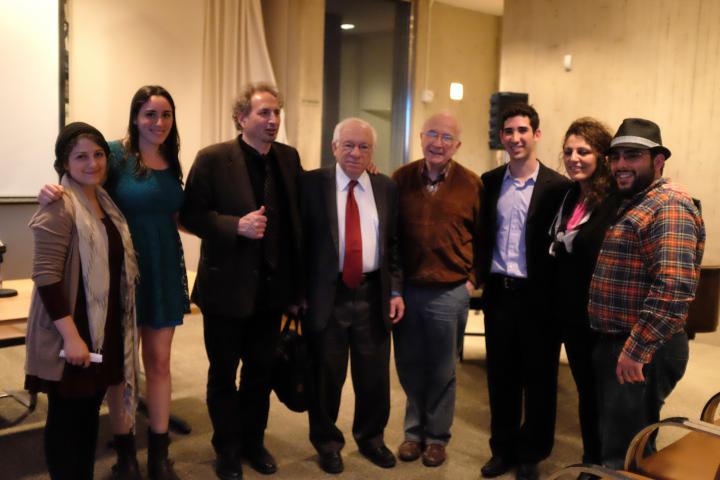 This year on April 24th, Armenians across the globe remembered their ancestors who were killed 99 years ago as a result of the Ottoman government’s systematic extermination of its minority Armenian population from their historic homeland in the territory constituting present-day Turkey. The Armenian Genocide took place during and after World War I and was implemented in two phases: the killing of the able-bodied male population through massacre and forced labor, and the deportation of women, children, and the elderly on death marches to the Syrian Desert. The total number of people killed as a result, is estimated to be 1.5 million.Other indigenous Christian ethnic groups such as the Assyrians, the Greeks, and other minority groups were similarly targeted for extermination by the Ottoman government. The Armenian Genocide is the second most studied case of genocide after the Holocaust.

The Holocaust, that took place during World War II, was the mass murder, or genocide, of approximately 6 million Jews, led by Adolf Hitler and the Nazi Party. Of the 9 million Jews who had resided in Europe before the Holocaust, approximately two-thirds were killed. A network of over 40,000 facilities in Germany and German-occupied territory were used to concentrate, hold, and kill Jews and other victims. Concentration camps were established in which inmates were subjected to slave labor until they died of exhaustion or disease.

The joint commemoration event was part of Hillel’s recent intercultural events, which aim for Jewish students to engage in dialogue with non-Jewish communities.

Co-sponsors of the event included: the ILR International Programs Office, the History Department, the Government Department, the Sociology Department, and the Law and Society Minor Department. More information about the event can be found at the following link: http://cornellsun.com/blog/2014/04/25/jewish-and-armenian-students-gather-for-commemoration/