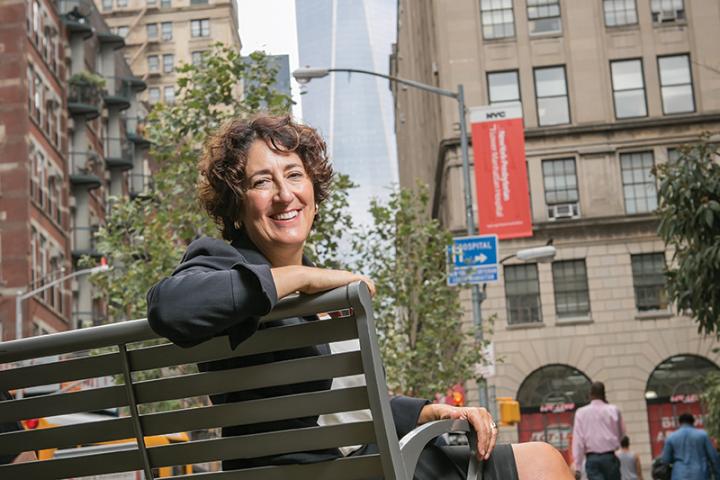 Susan Panepento ’85 heads the agency that resolves labor disputes, and oversees collective bargaining and the arbitration process for the city’s unions and 50-plus municipal agencies, boards and departments.

Being chair of the New York City Board of Collective Bargaining is not a job she anticipated when, as a teen, she learned of ILR through an alum.

“I liked history and I liked political science,” Panepento recalled. “I wanted to go to college and end up with a job.” It was the early 1980s and the economy wasn’t great.
Panepento spent a year at SUNY Fredonia, then transferred to ILR. “I liked the curriculum and I fit in very well,” she said.

“Labor history was one of the most important parts of my education at ILR. It’s very important in all situations to understand the context from which the problem arose.”

As a student, she took a summer internship with the National Labor Relations Board in Newark, N.J. She liked it, so she took a semester off and stayed, then returned for another summer internship. After graduating from ILR, she was hired for a job at the board’s Brooklyn office.

At night, she went to law school. “I was one of those people who did not have a clear career goal, but had good opportunities, which I attribute to the ILR School,” Panepento said.

She worked for six years at Cohen, Weiss and Simon in federal litigation and arbitration for national and local unions, then went to work for the Directors Guild of America representing film directors in the metropolitan New York area.

From there, she went to the Office of Collective Bargaining and started a labor and employment mediation and arbitration practice.

“My education at the ILR School gave me a very strong belief in the benefits of collective bargaining and negotiated resolution of labor disputes,” she said.

Many of Panepento’s closest friends and colleagues are ILR graduates, and she has hired numerous ILR graduates and student interns.

“I feel very fortunate to have worked with so many ILRies throughout my career,” she said. “It’s a wonderful community.”

Panepento is married to Jim Kearns ’86, a chief administrative law judge at the Social Security Administration. They have three children — Aidan, Isabel and Marion ’21 — and a stubborn basset hound named Eleanor Roosevelt.