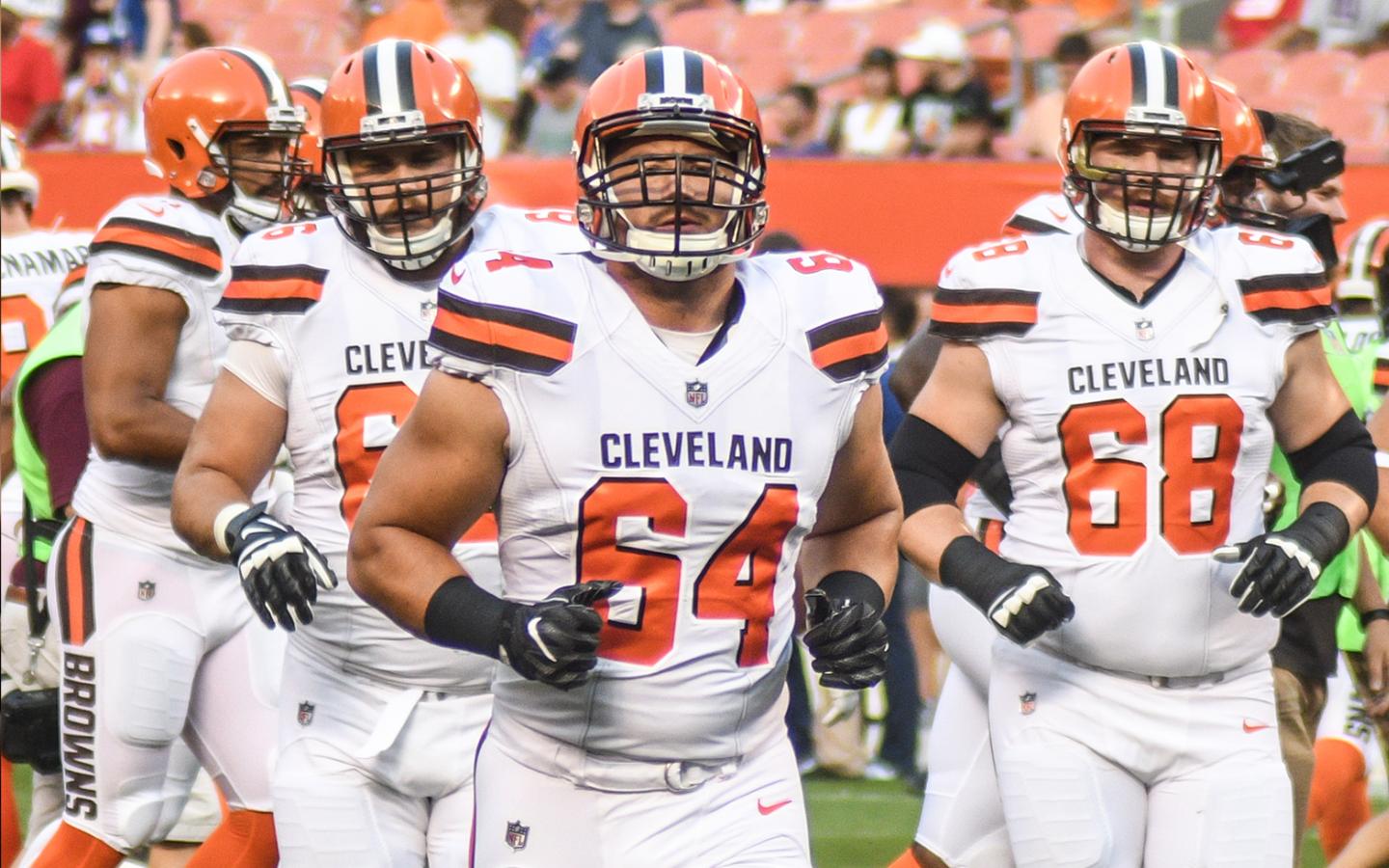 Leading from the Center

JC Tretter ’13, NFL Players Association president, says ILR taught him how to understand all sides of an argument.

In the midst of voting for a new collective bargaining agreement slated to take them through the 2030 season, the National Football League Players Association was also in need of a new president. They found one in ILR alum JC Tretter ’13.

Affiliated with the AFL-CIO and established in 1956, the NFLPA is the second-oldest labor union of the four major professional sports leagues. It has more than 10,000 active and former player members, and was formed to represent players’ interests during contract and other negotiations.

The most recent contract was highly contested by the players each step of the way. After NFL owners approved the terms of the deal in February, the 11-member NFLPA executive committee voted 6-5 not to recommend the proposal. As that was just a recommendation, the offer then went to the 32-player board of representatives, which voted by a slim 17-14 margin, with one abstention, to send it to its full membership for a vote to ratify.

“Going into the election, I felt confident that I’d be able to handle either outcome of the vote,” Tretter said. “Whether the contract was ratified or would’ve needed to be renegotiated, I was prepared to address those next steps.”

The new agreement, which narrowly passed by a vote of 1,019 to 959, was approved just days after Tretter’s appointment and included significant changes, including increasing the number of regular season games from 16 to 17, and expanding the playoff field from 12 to 14 teams. As a trade-off for adding another week to the season, and the additional wear and tear that goes along with it, roster sizes will increase, adding more opportunities for players to stay on a team through a practice squad. The deal also included more money for the players through revenue sharing, and increased salaries for rookies and players who are making the league minimum.

“My experience in the ILR School gave me both confidence and preparation for this position,” Tretter said. “One thing I really appreciate about my education was the focus on understanding all sides of an argument before drawing a conclusion. That approach helped me better evaluate the deal and our players’ varying perspectives toward it.”

Tretter came to Cornell from Akron, N.Y., in Western New York. A two-sport athlete at Akron High School, he chose ILR because he wanted the flexibility to study what interested him most after completing core courses.

When he arrived on campus, Tretter was a 238-pound tight end who recorded five catches for 80 yards over his first two seasons. By the time he left Cornell, he was a 300-pound All-American left tackle who went on to become just the second Big Red football player to be taken in the NFL Draft since 1997.

“We had a bunch of talented players on offense, but we struggled protecting the quarterback,” Tretter told a group of Cornell students during an ILR Sports Business Society event in 2016. “So, I wanted to help the team, and it became clear that it was the best chance that I had to play at the next level.”

Despite missing the opportunity to play in front of NFL scouts at the 2013 Senior Bowl after breaking his nose while preparing for the NFL Combine, Tretter was still selected by Green Bay in the fourth round of the NFL Draft.

More bad luck followed when Tretter fractured his fibula and tore ligaments in his ankle during his first practice as a professional football player, resulting in the loss of his rookie season.

The injuries were an omen of what was to come during his time in Green Bay, as Tretter spent part of both the 2014 and 2016 seasons on the injured reserve list before being signed to a free agent deal by the Cleveland Browns before the 2017 season.

Since then, Tretter has been a dream come true for the Browns, starting at center for the past three seasons and serving as the team’s union representative in each of the past two campaigns.

David Archer '05, the Roger J. Weiss '61 Head Coach of Football at Cornell, said Tretter’s leadership talents were obvious during his Big Red days. “Being around as an assistant coach when JC was a player, I observed his natural leadership abilities. Even in college, he was a great liaison between the coaches and players, in addition to someone who set a very high bar for himself and his teammates.”

In the week before his election, Tretter attempted to help educate his fellow players on several of the nuances of the 439-page collective bargaining agreement.

At the time, Tretter told “The Buffalo News,” "My goal is solely just to try to educate as many guys on the issues and then let people make their decision for themselves because I do think it is a truly important decision to make and it's one that will have long-term impact on each individual in this game, as well as the game itself. And I want each person to kind of make that decision based off what they feel is best for themselves and I don't want to push them 'yes,' I don't want to push them 'no.'"

With the agreement behind him, Tretter is working with NFL team owners and players as they navigate the pandemic.

“As with nearly every business and industry, the global pandemic has created a wide range of questions for our league,” he said. “Our main priority has been to focus on using the research available to us to control what we can control. Our recent virtual off-season agreement with the NFL puts in place a program that takes us through the end of June. We will continue to be diligent in gathering information from experts in order to protect the health and safety of our players.” 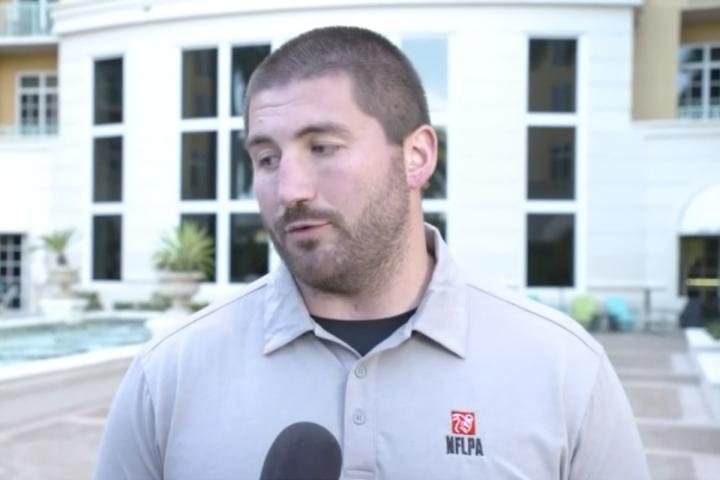 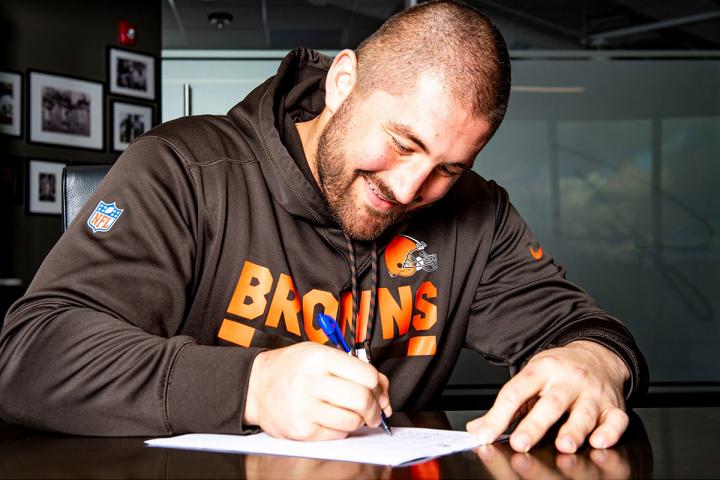 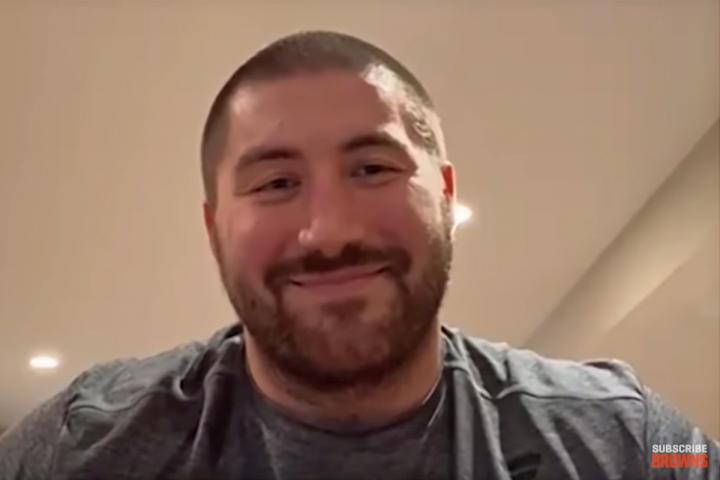 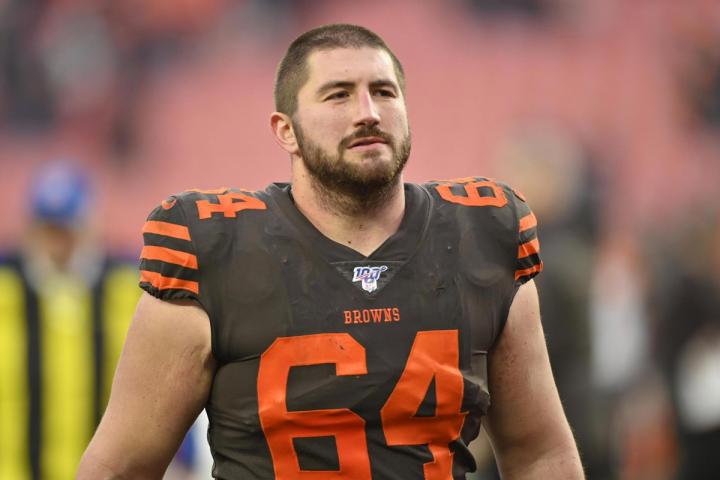