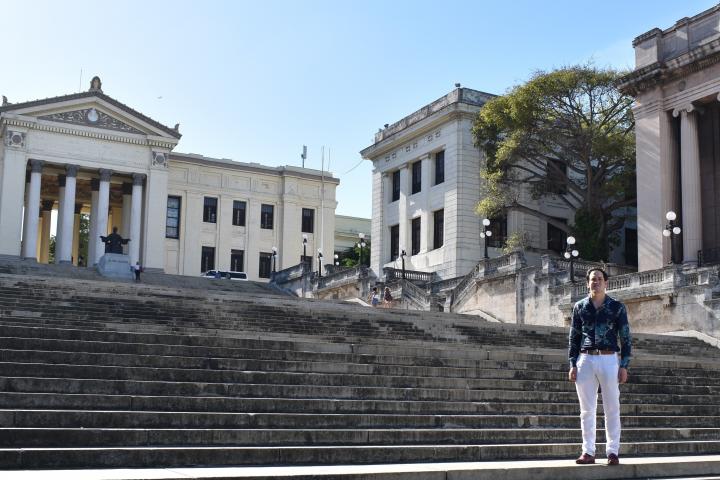 This winter I had the opportunity to travel to Cuba, a country I longed to visit due to its proximity to my native country of México and the United States. Cuba has a political system that centralized political life into one single party, meaning it is illegal for other political parties to exist. Therefore, concepts such as conflict, debate and entrepreneurship have had a negative connotation in the past.

From our conversations, I learned that communication is restricted in Cuba.  Websites are blocked and the government tracks internet activity.  This makes it very difficult for people to access information and news from abroad.  Freedom of speech is severely limited as well. Since it is illegal for more than ten people to assemble, Cuba does not have meeting spaces where people can gather to talk about issues that are important to them.  Dialogue that is not aligned with State policies is considered as a counter revolutionary activity (for Cubans, the word revolutionary means anything supported by the current government). It is estimated that hundreds of people are incarcerated as political prisoners since they are viewed as counter revolutionaries even if imprisoned for other illegal activities. Since mediation and entrepreneurship are now legal activities, mediation offers an opportunity for conflict resolution.

I would like to thank the ILR School, its donors and the Scheinman Institute on Conflict Resolution for the opportunity to have this experience which has confirmed my commitment to advance mediation and conflict resolution in Latin America.