To the White Liberals of Buffalo: That’s not Democracy 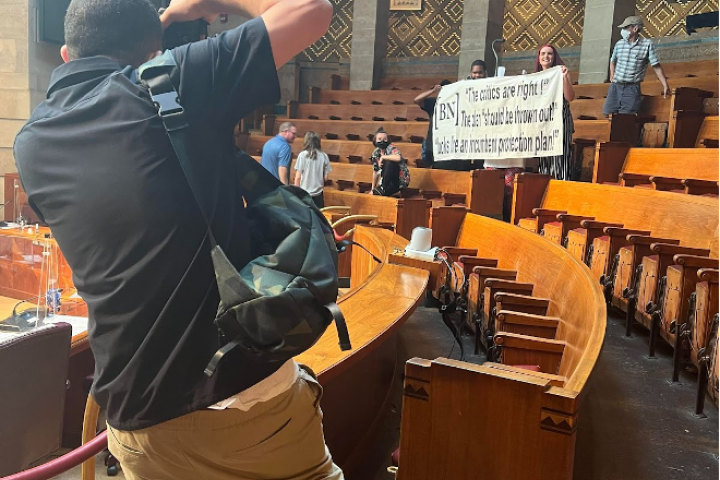 On their website, Our City Action Buffalo (OCAB) advertises itself as a “broad coalition of Buffalo residents who have come together to disrupt the political status quo.” Yet, their “disruption” at the Buffalo Common Council meeting on redistricting was nothing short of boorish, and disrespectful, and did nothing but set back disenfranchised Buffalo communities for ten years. Much of our time in this program has been spent discussing the goodwill of community action, but I think I’ve finally witnessed the decrepit side street of the High Road.

Let me explain. I attended the July 12th Buffalo Common Council Meeting on redistricting with my supervisor at the Partnership for the Public Good. Redistricting and reapportionment have been hot topics in Buffalo for several weeks: exponential increases in council attendance, accusations of gerrymandering, county legislators clapping back on Facebook, you name it. For the sake of metaphor, the Common Council was facing their third strike with no home runs in sight. Their first attempt at a map was clearly biased to favor their re-election hopes, and the second version of the map (following public criticism) was even worse. Yet, walking into the meeting chambers, all nine men seemed blissfully unaware of the tension mere inches behind them in the gallery.

However, as soon as the meeting began, so did the disruptions. Members of the gallery were yelling about the separation of church and state…during a memorial…for a beloved pastor. OCAB members (usually white) were yelling over Councilmember Darius Pridgen and Assistant Corporation Counsel Carin Gordon as they tried to explain why a vote couldn’t go through. Members of the council were being called “Uncle Tom(s)” and “molesters” in front of young children and other families present for other business. Nearly 30 minutes of chaos finally culminated in Councilmember Pridgen moving onto the next agenda item and half of the crowd marching out chanting “SHAME!” and “THIS IS WHAT DEMOCRACY LOOKS LIKE!” As I sat up from the hole I’d burrowed in my seat out of second-hand embarrassment (pictured below in the center), I thought…

Is democracy disrupting the memorial for a dead man? Is democracy hurling slurs at councilmembers? Is democracy arguing with an East Side community member about what she should know about redistricting? Is democracy shutting down an important forum discussion for members of the community so you can generate Facebook content? Equity should be front and center in the fight for community action. Regardless of gender, creed, or color, coalitions should be fighting for the betterment of communities who need it by listening to what they need. Those in attendance should have been using their privilege to miss work at 2:00 pm on a Tuesday to advocate on behalf of those who had to make their shifts. Instead, they charged into battle with their CustomInk shirts, video cameras, and a white savior mindset of what they thought Buffalo needed. Because of the actions of OCAB, citizens are now further in the dark about the redistricting process. Those at the highest risk of gerrymandering and political manipulation now have to live with the consequences of council members trying to pick voters that wouldn’t otherwise them. Equity be damned.

So…to anyone at that redistricting meeting who walked out–the shame is on both sides. You’re not the heroes, you’re just the guys who caught the headlines the next day.

EDIT: Following the Common Council special meeting on July 19th, it took a mere minute and 59 seconds for the fate of Buffalo redistricting to be sealed. Unlike the last special meeting, one could tell that the members of the Common Council knew what to expect. Only one audience member had enough time to make a protest statement before all nine council members voted “YES” amongst a tsunami of “VOTE NO” and were ushered out of the chambers. From that point, all that was left was emptiness.

An empty agenda that now sealed the fate of thousands of disenfranchised citizens.

The empty seats of the council members who had just spat in the face of constituents.

The empty gestures of people making their speeches and empowerment statements to an echo chamber.

On my way out, I captured this picture of a local photographer covering the event. OCAB members posing for a picture, allowing their smiles to break through propagated masks of outrage and discontent.

I hope the pictures turned out well, for what it's worth. I’m sure they’ll still look great on their office walls in ten years when the redistricting issue arises again. I can only hope that by then, they’ve moved past their saviorism and learned to listen to those communities they claim to serve. 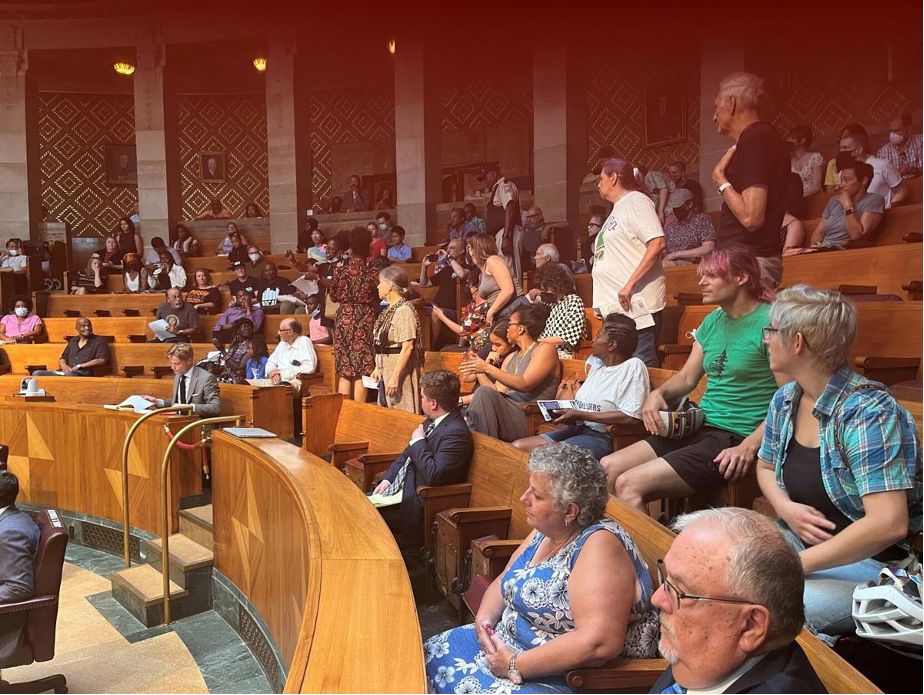