Juneteenth Through the Lens of a Vietnamese Woman 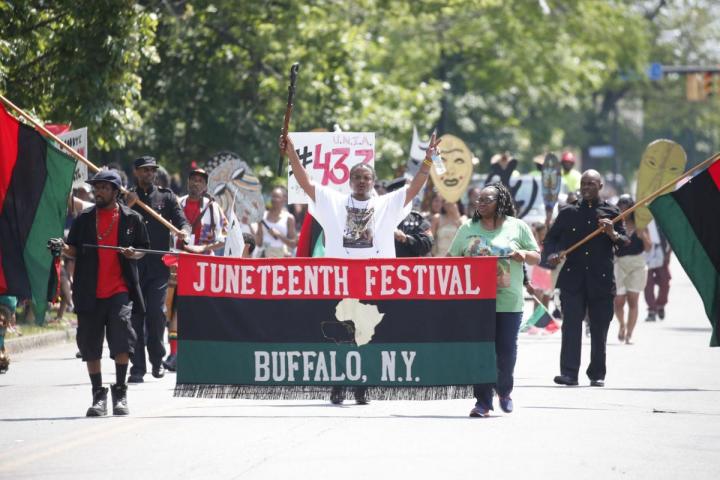 On my first day of my Labor History class,  I was so confused by racial issues in the United States. I grew up in Vietnam. As a person from a country that has little racial diversity, I had not known how deep-rooted racial injustice is in the US. However, being part of ILR, taking Cornell courses in Africana Studies and the precourse for the High Road Fellowship provided me with new perspectives of both racial injustices and my own identity. Learning about Black and other BIPOC freedom struggles teaches me about the nature of oppression and how society oppresses, stigmatizes, and discriminates against groups of people for capitalistic gain. This context helps me understand not only the power dynamics between the oppressors and the oppressed, but also how Black people constantly fight against the oppressing forces throughout history. In memory of Juneteenth, I want to use some examples in American history to depict how I navigate my identity and some of the ways we can all fight against racial injustices.

First, I recognize the importance of being vocal and challenging the status quo. If it were not for the Abolition discourse that confronted the falsehood of the Slave Code, millions of slaves would still be staying in the inhumanity of slavery. If it were not for Ida B. Well’s efforts against lynching, thousands of young Black men would have been murdered. If it were not for Claudia Jones’ critique of the triple oppression of Black women, these women would have still suffered from the burdens of white chauvinism, capitalism, and Black patriarchy. Despite societal marginalization, there are always people who will speak up and counter the status quo.

Secondly, I realize that our world is interconnected, and intimate life is shaped by the global scene and vice versa. From the very beginning of slavery to the modern version of mass incaceration, we can see how systemic racism in each period has harmed Black people in so many arenas, such as increasing labor exploitation, racial segregation and discrimination and decreasing economic and educational opportunities, and so on. Individual lives are shaped by global trends. However, we also witness how Black individuals have shaped the global scene. We see how Abolitionists like Frederick Douglass pushed the Abolition Movement forward to get the Thirteenth Amendment ratified. We see how Philip Randolph initiated the March on Washington in 1963 to fight for equal job opportunities for Black people, which eventually led to the establishment of the Fair Employment Practices Committee that bans “discriminatory employment practices by Federal agencies and all unions and companies engaged in war-related work.” Through Black history, we can see how the sequence of global and intimate events shapes each one another in both geographical and chronological ways.

Being part of the High Road Fellowship, ILR and Cornell communities allows me to expand my point of view about races and reinforces my understanding of my own identity as a young Southeast Asian woman coming to the US for education. By reading and discussing racial injustices within stigmatized groups, I come to realize how my identity is being viewed and stigmatized in society. Especially during the current “Stop Asian Hate” movement across America, I can navigate myself and defend my beliefs and my identity within the interconnectivity between the individual and the global scene.