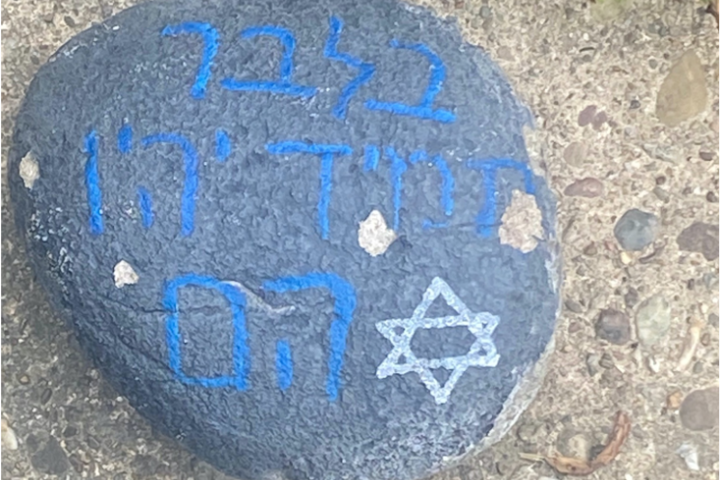 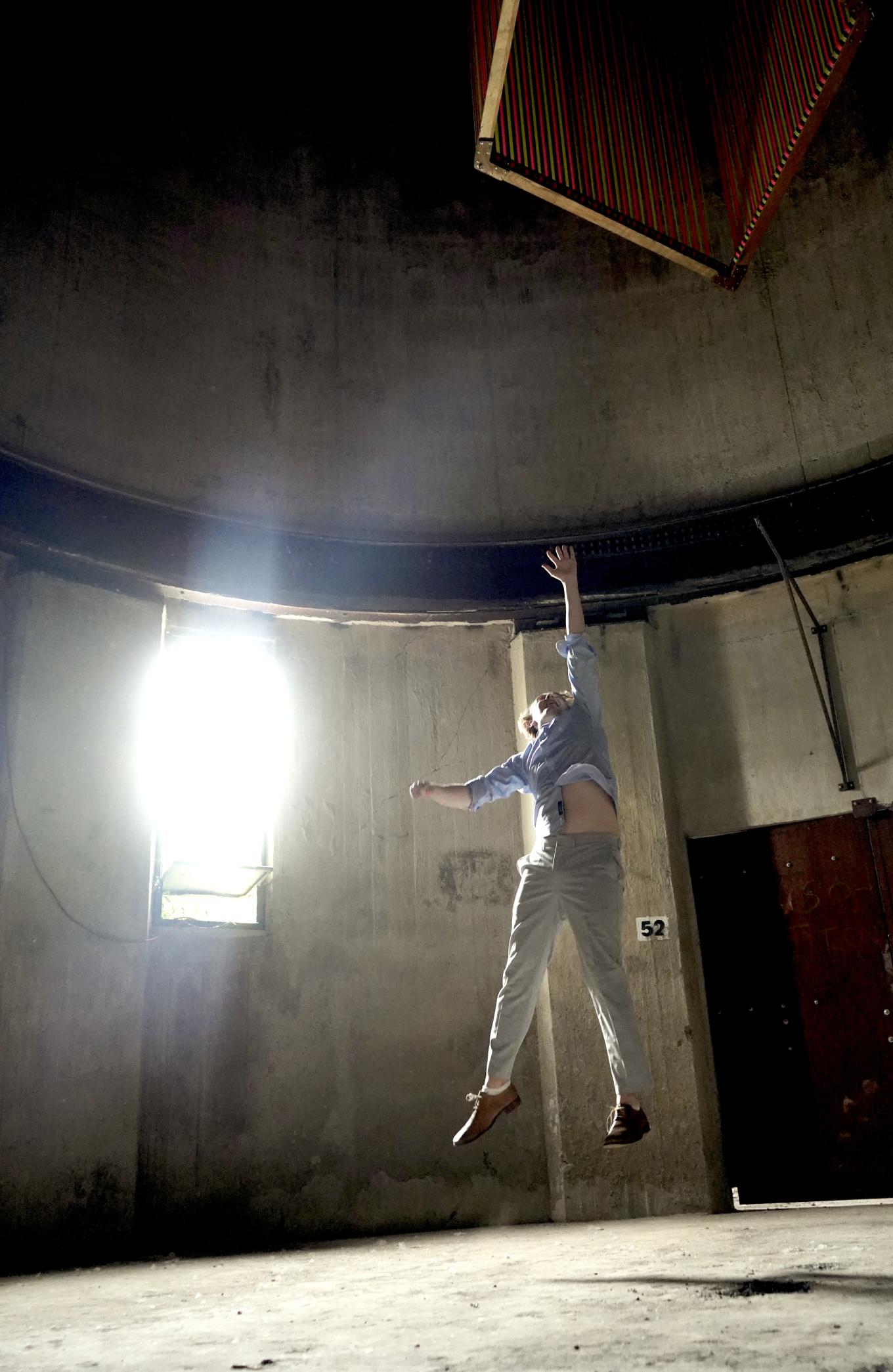 My small problems flew away from me like a soul leaving their body. My heart ascended from the middle of my chest to my collarbone. Though the walls before me were composed of dark stone, separated from me by a carefully placed fence, I could not stop myself but to gaze through them. I can’t understand what I see. But then, I can understand it. But even then how can anybody really understand it?

When we were five or so minutes away, something came over me. Sophia and I were fighting over something inconsequential. Bickering like an old married couple. Like my grandparents. Jewish. Pennslvanian. Progressive. Proud. I remembered them then. There we were, three minutes away from Jewish, Pennslvanian, Progressive, Proud. So, “Let’s just stop. It doesn't matter,” I say to her.

How could there be both 11 stones lying on the ground beneath me and God in the sky above me? How can 11 Trees of Life be chopped down then be recast in heaven or again replanted on earth? It is clearly unjust. If God is all-knowing and all-powerful, why does he allow grave injustice?

Maybe God doesn’t exist. But maybe there is a Universe and maybe the Universe is Good. Maybe the Universe assigns people their fate through Karma. But then how are these 11 stones on the ground here before me? Each was noble and devout in life.

Maybe there is no Universal force inevitably guiding us toward Good. Maybe humans control the world. But then, surely, people are Good. Even if certain individuals are for whatever reason not endowed with this Goodness, humanity as a whole is Good. Sure, somebody decided to cut down 11 Trees but most people aren’t like that. As a matter of fact, look at all of the people who flocked after tragedy to cultivate what was left of the Forest. Those people are the overwhelming majority, and thereby humanity itself must be Good, even if bad apples may fall from its Trees.

Once there was an emperor who united his people to set fire to a Forest. A fire that burned for four years, setting 6 million Trees alight. The large majority of people in the empire were complicit or supportive. This time it was a small minority of people who did what they could to throw water on the fire. So Goodness was absent from the millions of people in the empire. Maybe it’s not that a few bad apples walk among us Good humans, but rather that millions at a time, that the majority, can be evil.

I didn’t realize it until now, but the first thing on every High Roader’s packing list for the fellowship should have been a theodicy. Working with marginalized communities, even though it has its joys, is never emotionally easy, especially when the community recently suffered from a terrorist attack. There are a lot of societal problems that every High Roader will encounter this summer, and many of these are human caused problems, such as terrorism, environmental racism leading to lead poisoning, and segregation. So, having a positive view of humanity as a whole can be difficult. That’s why we need something to ground us. If you truly believe in God, the Universe, or the inherent Goodness of humanity, then that belief will give you power to keep doing meaningful work.

But, if you don’t believe in any of these things…. even if nothing about the world and the people in it are inherently Good, and nothing is guiding the light toward victory, you have the chance to do everything you can. The idea that any outcome can happen should motivate you. If any outcome is possible, we have a chance. If God doesn’t exist, we have no predetermined destiny, so you are in control of your life. So, no matter where you find Goodness, or if you can’t find Goodness at all, try to remember the reasons you have for doing this work. Refine your theodicy. 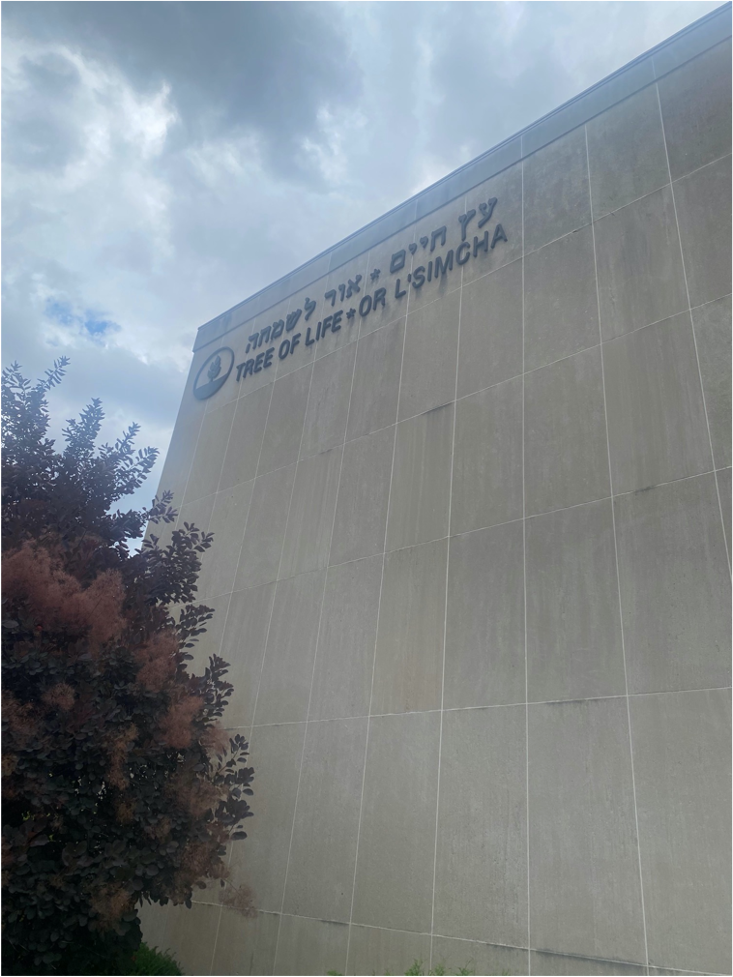 This journal entry was inspired by my trip to Pittsburgh last weekend. I visited the Tree of Life Synagogue. In case you have forgotten, this is where a gunman killed 11 Jewish people during worship. It was one of the deadliest hate motivated mass murders in American history. I have never been a very emotional person, and I certainly have never been a crier, but it really got me. I walked along the Synagogue and there was art from kids at schools across the nation, but most of the art was from schools where mass shootings happened like Columbine, Marjory Stoneman Douglas, and Sandy Hook. It was beautiful to see the solidarity, but so depressing that this kind of solidarity exists in the first place. Seeing the beautiful tribute and the reminder of so many other awful mass shootings, and also probably being at a synagogue for the first time in far too long, made me question how any good world or God could allow this. I tried to justify anything Good in the face of what I saw but I couldn’t. But I remembered that even if the world won’t necessarily or inherently be Good, there is nothing stopping humans from using their own agency to make the world great anyway. And that is what we are trying to do on the High Road. 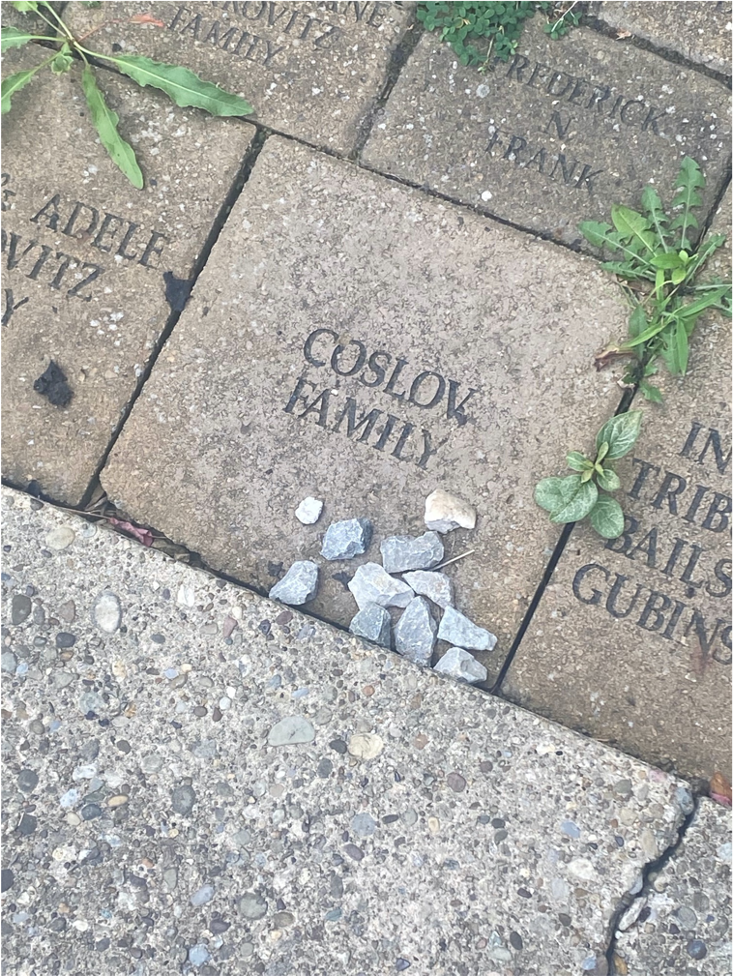