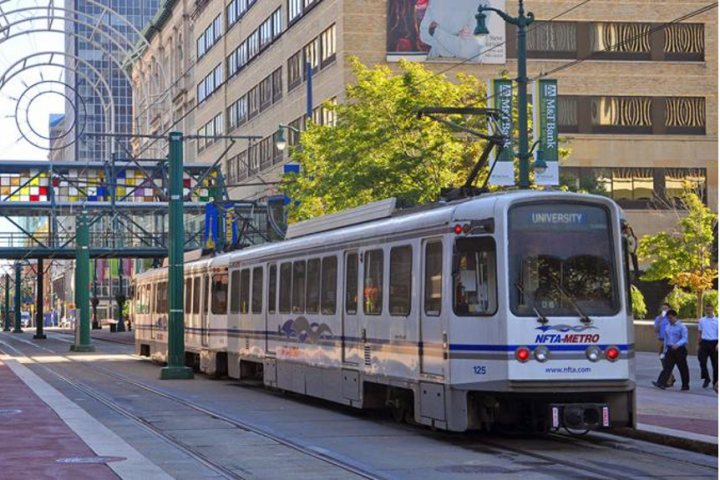 In my junior year of high school, I moved overseas for a year to Hungary. Despite the nation's relative poverty and a host of other social and political issues, the small country is crisscrossed by public transportation. The network of trains and buses that pattern the nation's landscape fills Hungary in a sense of unity and community that made even me, a 16-year-old who couldn’t speak the language, feel at home. Coming back to my rural community in the US at 17 without a driving license I felt extremely disconnected. I recall complaining to family and friends about how the US seemed to completely lack a sense of community, but at the time I did not make a connection between this cultural difference and, of all things, access to transportation infrastructure. In considering how policy might be used to foster community I returned to my experience with European transportation technology and realized infrastructure may well be a way to restore a sense of unity within the US. As such, when I heard about this fellowship and read about the placement opportunities, Citizens for Regional Transit piqued my interest.

American culture is characterized by the glorification of individualism and self-sufficiency. The romanticization of these traits along with the deterioration of small towns and the rise of internet culture caused the decline of American communities. While many appreciate the anonymity of the US’s expansiveness, ever since experiencing the close-knit nature of a small nation, I’ve focused on creating a more community-minded US through public policy. Since my time in Hungary, US infrastructure and isolation have both had their moment impacting the political zeitgeist. This year, the American Society for Civil Engineers gave the USA's infrastructure a C-. The COVID-19 pandemic has pushed us all further into our distinct family units and friend groups while prohibiting any large-scale gathering. While I’ve heard these headlines, I haven’t had much opportunity to further delve into either my interest in community development or transportation, that is until now.

This summer I am writing a report on the proposed Buffalo airport rail line extension, a project for which I began my research on Tuesday. As such, I still have a great deal to learn about both the process of writing such a report and public transportation in general. However, in the few meetings that I’ve had thus far with my supervisors, Betsy and Carl, I feel certain that I will have support and encouragement throughout the process. I grew up in a small region which I feel confident I could describe to anyone interested in great detail, from local politics to the seasonal roads best for finding salamanders. Nonetheless, my hometown description could not hold a candle to the way in which Betsy and Carl speak about Buffalo. They seem to know every hidden spot and neighborhood history. They speak about Buffalo, its past, and its potential, with such passion that it is difficult not to love the city despite never having visited.

It is the passion of the people at Citizens for Regional Transit that makes me excited to begin my work this summer. The dedication these individuals have to improve their city and benefiting all the communities of Buffalo is exactly what one hopes to see in the world. I am excited to work with the organization and help in their efforts in any and all ways possible.