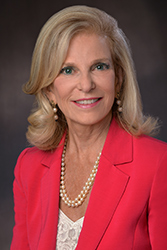 Joan Parker is a nationally recognized arbitrator and mediator. Her labor practice encompasses both the private and public sectors, and she serves as a permanent arbitrator under several national collective bargaining agreements. Joan is also an active arbitrator and mediator of employment disputes involving a wide array of statutory and contractual issues.

Between 1976 and 1990, Joan was a professor at the Institute of Management and Labor Relations at Rutgers University. She continues to teach as a visiting lecturer at Rutgers, Cornell, and other academic institutions.

In 2015, she was awarded the Peggy Browning Award in Philadelphia for her service to the labor-management community.

Joan is a member of the ILR Advisory Council and Board of Advisors of the Scheinman Institute of Conflict Resolution. She previously served as a member of Cornell University Council and was ILR's Jean McKelvey Neutral-in-Residence during the 2007-2008 academic year. Joan has written two books and numerous articles on dispute resolution and labor law. She is a frequent speaker at conferences across the country and a mentor to aspiring neutrals. 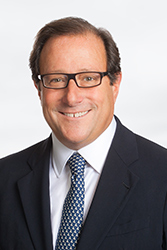 Glenn R. August is the Founder and Chief Executive Officer of Oak Hill Advisors, a leading alternative investment firm with $31 billion of capital under management across performing and distressed credit investments in North America and Europe. In addition, he serves as global head of the firm's distressed investment activities.

Mr. August has played leadership roles in numerous restructurings and, since 1987, has served on nine corporate boards. Mr. August currently serves as the Chairman of the Board of Directors of OHA Investment Corporation, a publicly traded business development company ("BDC").

Mr. August has been with the firm for over 30 years, as he co-founded the predecessor investment firm to Oak Hill Advisors in 1987 and took responsibility for the firm's credit and distressed investment activities in 1990. Beginning in 1996, he co-founded each of Oak Hill Advisors' funds, and he currently serves as the managing partner of each of their management entities. He previously worked in the mergers and acquisitions department at Morgan Stanley in New York and London.

Mr. August serves on the Board of Trustees of Horace Mann School and The Mount Sinai Medical Center and on the Board of Directors of the 92nd St. Y. Mr. August earned an M.B.A. from Harvard Business School, where he was a Baker Scholar, and a B.S. from Cornell University.