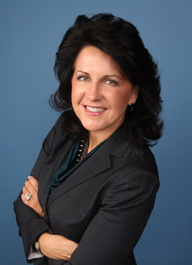 Sage-Gavin is a member of the Skills for America’s Future Advisory Board, working with the White House, Aspen Institute, community colleges and corporations to build skilled workforces. She chairs the HR Policy Association’s Workforce Development committee.

Sage-Gavin holds a bachelor's degree in industrial and labor relations from Cornell. She serves on the Cornell Center for Advanced Human Resources Studies Board and the President’s Council of Cornell Women. 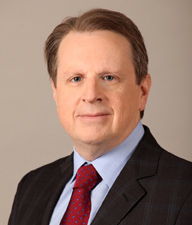 Tracy Dolgin '81 was named president and CEO of the YES Network in 2004. The television home of the New York Yankees and New Jersey Nets, YES has been the nation’s most-watched regional sports network for the past eight years. Before joining YES, Dolgin served as managing director and co-head of Houlihan Lokey Howard and Zukin’s Media, Sports and Entertainment practice.

Dolgin has been named to Sports Business Journal’s “50 Most Influential People in Sports Business” and was also named a “Marketer of the Year” by Advertising Age magazine. He has earned numerous other industry accolades, including several Emmys, Clios and Worldwide Cannes Awards.

He received his undergraduate degree from ILR and earned an MBA from Stanford University.