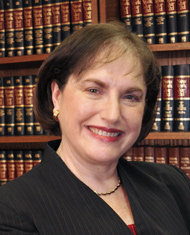 Laurie Berke-Weiss founded Berke-Weiss & Pechman LLP in 1996 with Louis Pechman ILR ’79, with whom she attended Fordham Law School. She represents individuals and management in workplace matters, including negotiation of employment and severance agreements, and litigation of discrimination claims, restrictive covenant disputes, and wage and hour cases. Laurie’s legal acumen has been recognized by her peers with an A-V rating from Martindale-Hubbell, and designation as a New York Super Lawyer and a Best Lawyer. 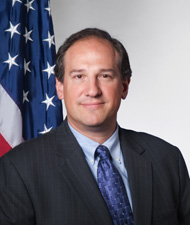 Seth Harris '83 is currently Undersecretary of Labor, the second highest position in the U.S. Department of Labor. During the Clinton Administration, he served as Counselor to the Secretary of Labor and Acting Assistant Secretary of Labor for Policy, among other policy-advising positions. He then went on to join New York Law School’s faculty in 2000.

Drawing from his experiences in the world of policy making, Professor Harris relishes enriching his teaching and legal scholarship with an understanding of politics, economics and public policy. In addition to serving two U.S. Secretaries of Labor he also has served as an ex officio member of the 21st Century Workforce Commission.

Professor Harris’ scholarship focuses on the economics of labor and employment law, with a particular focus on the employment provisions of the Americans with Disabilities Act. He has also written about the National Labor Relations Act, the Fair Labor Standards Act, worker organizing, and employment discrimination laws in general. He also produces policy related programs for students, alumni, and the public, including the Tony Coelho Lecture in Disability Employment Law & Policy. He graduated cum laude from New York University School of Law where he was Editor-in-Chief of the Review of Law and Social Change. He received his Bachelor’s degree from ILR/Cornell in 1983. 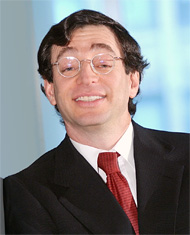 Seth M. Siegel '74 known universally as "Yossi," is a businessman and communal activist. He has long been involved with the ILR School and the university, including service on the ILR Advisory Board and the Cornell Council. He has served as chairman of the Cornell Hillel, and continues his contributions on that board. Outside of Cornell, Yossi sits on the National Board of AIPAC, a leading foreign policy advocacy organization. He is also a serial entrepreneur, having started and/or run several successful businesses in areas as diverse as marketing, cellular communications, entertainment, restaurants and investment banking. Siegel has been published on a variety of themes and in many outlets, including the New York Times op-ed page and columns in the Wall Street Journal. He has appeared on television many times including the Today Show and the NBC Nightly News. He is a graduate of the ILR School (1974) and the Cornell Law School (1978).