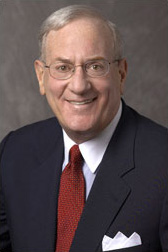 Jay W. Waks '68, J.D. '71, has been an attorney with Kaye Scholer LLP in New York City for more than 34 years. His success as a lawyer is well-known; he is a Fellow of both the College of Labor and Employment Lawyers and the American Bar Association Foundation. Jay has published numerous articles and been a featured speaker at bar meetings and other professional gatherings. Jay is a member of the ILR Advisory Council and the first ILR alumnus to serve as Chair of the Cornell University Council. In 2004, Jay and his wife, Harriet, established The Waks Family Fund for International Education and Research at the ILR School. This fund is intended to "enhance ILR's visibility in the international arena and expand its collective understanding of the globalization of work as a critical path towards worldwide economic and human development." Their daughter Allison is currently an undergraduate in ILR. 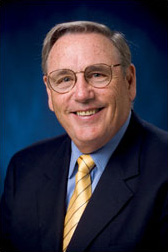