A Talent for Recruiting 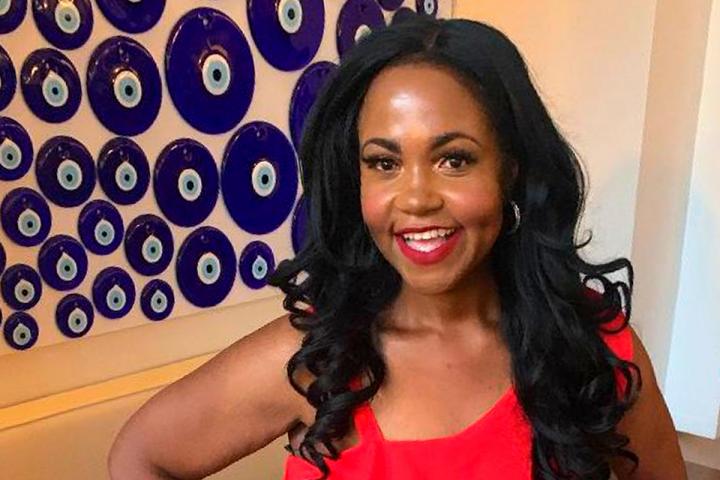 “We’re all looking for purple squirrels,” says Marjorie McFarlane Lucas, MPS ’17, of the competitive nature of legal recruiting. “Unlike most, I’m willing to go to the moon to find them and increase our firm’s impact in the DEI space.”

McFarlane Lucas, director of lateral legal recruiting at Fennemore, is still Earth-bound. But speak to her for just a few moments and you’ll sense her stratospheric passion for her work and for advancing diversity, equity and inclusion.

“DEI is in my soul, it’s part of who I am, and it fuels my role and responsibilities as a talent scout,” she says.

In May 2020, when George Floyd died in police custody, McFarlane Lucas was regional recruiting manager at Greenberg Traurig in New York. Feeling her colleagues’ pain from the incident and its aftermath, she suggested that Juneteenth be observed as an office-wide holiday.

Her proposal to management—using steps she learned in her ILR classes to move an agenda forward—resulted in Juneteenth being celebrated as a firm-wide holiday more than a year before it became a national holiday.

McFarlane Lucas points specifically to the influence of Professor Sam Bacharach and his book “The Agenda Mover.” “He was writing the book when I took his class, and he shared it with us and we gave him feedback,” she recalls. “I still turn to it.”

McFarlane Lucas says her ILR education gave her a deep understanding of labor relations and human resources and helped her pivot into new DEI roles.

“It was amazing to learn from the brilliant minds who taught my classes,” she says. “They wrote the books I was reading and using before I even got there. I loved the program, I loved my professors, I loved the intense debates.”

McFarlane Lucas joined Fennemore, in Phoenix, in October 2020. For more than a decade before her stint at Greenberg Traurig, she was vice president and head of national recruitment and then senior vice president for client services at Strategic Legal Solutions.

After graduating from Chatham University, she had planned to attend law school and become a litigator or corporate attorney. Then, a mentor suggested she first work at a law firm.

As a paralegal for a “Big Law” firm in New York, McFarlane Lucas saw firsthand “what my life would be like. It was not what I’d thought. I was working 12, 14, 16 hours a day, taking a car home late at night and sometimes working through the night to get people prepared for trial,” she says. “And that was as a paralegal.”

She then took a job as a law clerk at another firm before another mentor referred her to Strategic Legal Solutions, a legal services agency that was just starting up. It was there that she “fell into recruiting. My schedule was insane, but I loved it and was good at it, so I embraced the challenges that come with that role,” she says.

When DEI came to the forefront, she returned to Big Law at Greenberg Traurig, where she not only institutionalized the observance of Juneteenth, but also assisted in the creation of a firm-wide social justice academy.

At Fennemore, she works to build inclusive teams. “I’m committed to helping the firm develop its internal talent as well as bringing in external talent and making sure there’s a commitment to professional development for everyone on the team.”

Pre-pandemic, she says, the idea of remote work didn’t sit well with law firms. “During the pandemic, it became our new reality. Now, people are realizing that some folks are truly more productive working from home than in an office setting.”

When she works from home, McFarlane Lucas wakes up at 5 a.m. and exercises before starting her day. “I keep a schedule and dress as though I were going to an office,” she says. “I put on my makeup, do my hair, wear suits or corporate attire. I enjoy doing it, and it gets me in the right mindset.”

An avid runner, she trained for and completed the New York City Marathon virtually during the pandemic. “It was one of the most amazing feelings in the world, because it was a dream I’d had for so long,” she says. “It was difficult, but it was worth it.”

As she learned from her ILR capstone project: “It takes drive and determination. And when you come up against a roadblock, you do what you must—you go over it, under it, around it or through it. You find a way to overcome it.”