Longtime Educator Is an Advocate First 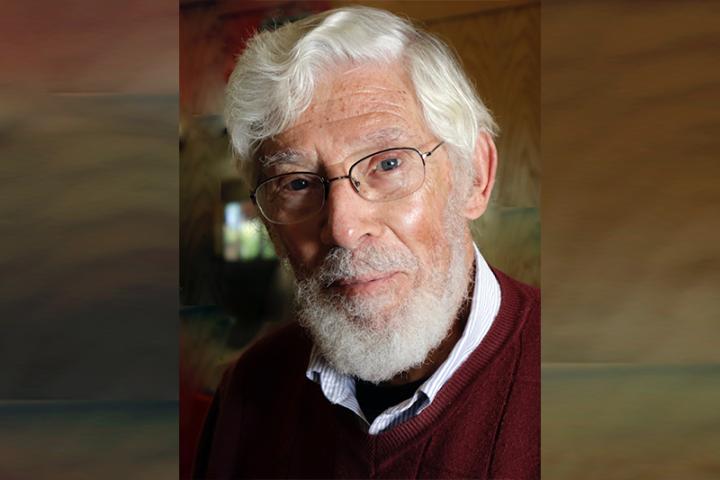 Over a half-century career that spans the worlds of labor relations, futuristics and Holocaust studies, sociologist Arthur Shostak ’58 has championed the role of the “upstander.”

“I distinguish upstanders from the great mass of people who are bystanders,” he says. “I’ve spent my 85 years advocating on behalf of people of consequence.”

Shostak grew up in the early 1940s, the son of “naive Jewish owners of a small grocery in a colorful Italian ‘urban village’ in Brooklyn.” He began working in the store at age 4 and continued to do so until leaving at 17 for college – all the while watching as his parents “learned to accommodate old country ways, both good and bad.”

Determined to escape the confines of his early existence (“I didn’t want to lead a life of minimal accomplishment and minimal satisfaction”) and intrigued by his father’s ill-fated efforts in his youth to organize a union at his workplace, Shostak applied to the ILR School. His plan was to become a union lawyer or union staffer. A series of summer jobs later dissuaded him from both.

On his first day of class, “I had a life-altering experience,” Shostak says. “Professor M. Gardner Clark arrived late, strode forcefully into the room reading from some papers, and in a loud voice I can hear to this day asked, ‘Have you seen what they are saying in the new issue of Izvestia?’”

“My first thought was, ‘What in hell is Izvestia?’ My second thought was, ‘He’s asking if we, recently minted high school graduates, read this major Russian newspaper, as he did.’ I knew then that I had left behind planet Earth.”

Shostak says he immediately vowed to live up to his professor’s high expectations.

Throughout his years at ILR, he earned the top GPA in his class, despite often taking six courses a semester and working 18 hours a week. As a graduating senior, he received the Alpern Prize for highest GPA and was awarded a Woodrow Wilson Fellowship, which enabled him to complete a Ph.D. in sociology at Princeton three years later.

Milton Konvitz was another professor who changed his life. “I saw him walk across campus with Liberians in flowing native gowns, deep in conversation about the 10 or more years of work he was contributing to help develop their constitution,” Shostak says, getting choked up.

“Professor Cook’s labor history course was colorful and dramatic,” he says. “More important, she was the first and maybe only faculty member who invited us to their home. That was such a pleasure.”

After earning a doctorate from Princeton, Shostak taught at the Wharton School of the University of Pennsylvania and then, from 1967 to 2003, at Drexel University, where he is now professor emeritus.

In 2003, he received Drexel University’s first Achievement Award in Sociology, and in 2006, the American Sociological Association’s Distinguished Career Award for the Practice of Sociology.

From 1975 to 2000, Shostak was an adjunct professor at the AFL-CIO’s George Meany Center for Labor Studies. “My labor union students almost always did well because they were bright and capable,” he says. “And almost every one was an upstander.”

Among his other interests is futuristics, “the uses we can make of long-range forecasts.” He is a founding member of the World Future Society and co-founder of its Philadelphia chapter.

Shostak is the writer, editor or co-editor of 34 books, most notably “Stealth Altruism: Forbidden Care as Jewish Resistance in the Holocaust” (Routledge, 2017). A Holocaust scholar, he coined the term “stealth altruism” to describe secret acts of resistance to dehumanization. He advocates overdue appreciation for this “inspiring, high-risk, life-saving behavior.”

Now enjoying retirement in Alameda, California, Shostak and his wife, Lynn Seng, are often visited by four adult sons, their wives, and six grandchildren. Shostak says he would be delighted to visit via email with ILR alumni of the 1950s and asks that they contact him at arthurshostak@gmail.com.

What’s next on his agenda?

Shostak is writing a follow-up to “Stealth Altruism” and completing a memoir in which he details how the ILR School “made an extraordinary contribution to my life and career.”

Looking back, he says, “I’ve made it a point to seek adventure, avoid conventionality and try to do some good.”