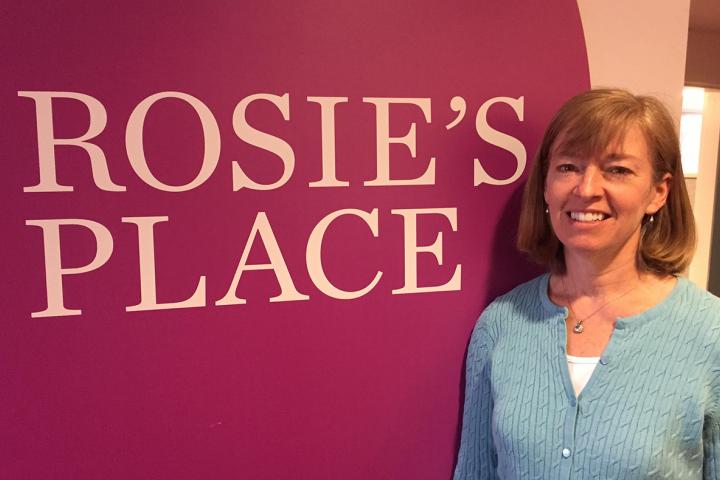 Kelly Race, MILR '95, found her time at ILR to be a nice break from work and to be where she could focus on getting an in-depth and practical education. She had six years of work experience in Human Resources with Wegmans before coming to ILR and she knew what information she needed to advance her career. She loved her small, close-knit class, and remains in touch with many of her classmates today.

The Cornell University alumni network has been invaluable throughout her career. She has connected with alumni for advice and resources for many years.

Kelly especially appreciates the practicality of the coursework. Upon graduation, she was hired by Cummins Engine in Indiana, a diesel engine manufacturer. She immediately applied her education when the division she was working for, Cummins Electronics, went out on strike on her very first day. Thanks to her ILR education, she was able to innovate within a traditional unionized environment. While at ILR, she had an internship in HR at GE, which helped set her up for a successful career.

Later in her career, Kelly applied John Abowd’s class on employee benefits. She was inspired by the idea that benefits aren’t just additional costs but could be used to align employee behaviors with the company’s objectives. She worked to structurebenefits such as vacation, retirement plans and educational support to incentivize and reward workers for longevity and productivity.

A decade long career with Gillette included four years overseas in the United Kingdom and Russia. Kelly’s work abroad included overseeing razor blade and toiletries plants, where she cut costs and improved productivity. Her international coursework at ILR prepared her to translate HR best practices globally. She continued to utilize her international HR skills in her subsequent role as a generalist supporting a global organization at Adidas.

Kelly is currently taking an extended sabbatical from work. She is deeply involved with Rosie’s Place, the first shelter for homeless women in the U.S., founded in 1974. Her work with Rosie’s Place began as a volunteer in the dining room, making lunch every other Saturday.

When she started her sabbatical, she joined the organization’s board of directors, applying her human resources background as chair of the personnel committee. In this role, she helped the organization update and expand its HR policies and hire its first human resources manager. She is still a front-line volunteer as well, teaching English to speakers of other languages for the past three years.

Kelly also gives back to the ILR School as a volunteer and donor. She was thrilled to receive her master’s degree from ILR and grateful for a teaching assistantship, which helped pay for her degree. She gives to graduate fellowships at ILR so that others can have the same opportunities to develop the skills and attain the credentials that have been invaluable to her career.