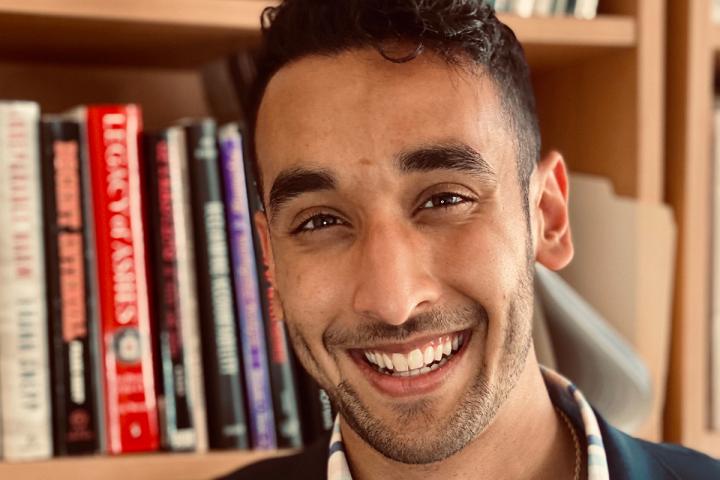 Here, the 2020 graduate organized a summit against sex trafficking in Ithaca and worked with Professor Ariel Avgar and Phoebe Strom, Ph.D. ’22, to perform an ILR Theme Grant-funded experiment on conflict perceptions and racial stereotypes.

Sharma has taken his passion to a new place with the Federation of American Scientists – first as a Scoville Peace Fellow and now as a full-time technology policy fellow where he manages his own research portfolio on digital authoritarianism and supports the Day One Project team.

One area of concern for him is how demand for surveillance technology has exploded in the past 10 years and how these unprecedented and unregulated techniques shift the balance of power between democracy and autocracy.

“If we are going to expect other countries to be responsible in how we use surveillance technology, we have to lead by example. That means U.S. policing reforms as well as multilateral commitments,” Sharma says.

“In the next 10-15 years, the second half of the world will gain access to the Internet, a moment of incredible human progress for sure but the potential for abuse is immense. Tech is changing things in ways history has never seen before” Sharma says. He reflects on the historical oscillation between democracy and authoritarian regimes and how now may be an inflection point for the worse. Surveillance technological innovations can fortify the power of authoritarian regimes against civilian revolts, endangering civil rights, an issue Sharma discussed on BBC The Real Story.

Sharma, who described his early interests in international topics in this post, now operates a broad-ranging portfolio of science and technology topics at the Federation of American Scientists’ Day One Project. “I’ve had the chance to work with some of the most incredible people,from CEOs and activists to professors and undergraduate students, helping to map their ideas onto the policy landscape and run them to ground with the Administration.”

Sharma credits his time in ILR for providing him with the fundamental skills that help him in his career. ILR made him a strong reader, writer and researcher, he said, and gave him expertise in the intersection of law, business and politics. “ILR allowed me to take these fundamental pillars and make them into what I wanted.”

Sharma, who studied jurisprudence and international human rights at the University of Oxford through Experience Cornell and who has deferred a joint degree in law and engineering at the University of Pennsylvania, said he hopes to continue his work in the innovation and foreign policy field by eventually working in the White House and at a tech startup. He hopes to “leverage policy, legal, and technical expertise to help move society forward” on solving market failures in climate change and shoring up democracy in the 21st century.