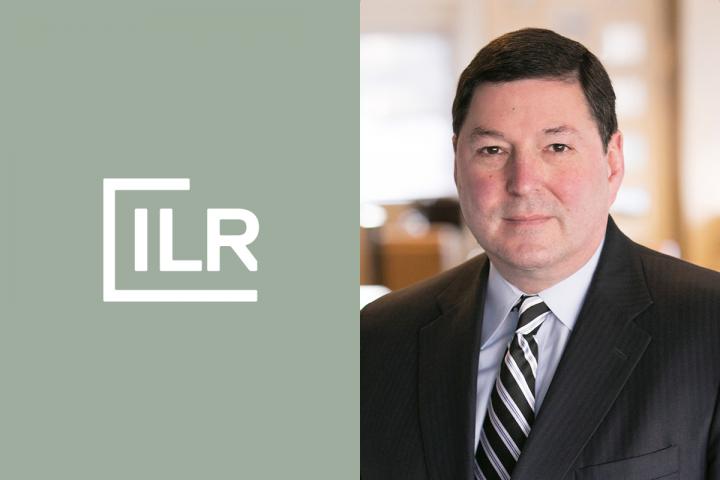 After Steven Spencer ’75 died tragically on June 3, 2020, after a large tree fell on the car that he was driving, his former classmate and longtime friend Michael Hacker ‘75, decided that a meaningful way to honor Spencer’s remarkable life would be through an award in his name at ILR.

“Given how much ILR meant to Steve, and that he had recently returned to the school to realize his dream of teaching there, establishing an award named after him felt like the right thing to do,” Hacker said. “I raised the idea with Mike Ossip, who in turn enlisted Bob Lichtenstein, and soon we were engaged with Jennifer Sellen in making it a reality.”

“As soon as Mike mentioned it, I was fully involved, as was Bob [Lichtenstein],” said Mike Ossip ’76, a former classmate and colleague of Spencer.

“Steve loved ILR, and he was a great alum of it. So, we really wanted to make sure that his memory lived on so that students in the next generations really get to know what kind of a person he was, what kind of a lawyer he was and what kind of a teacher he was.”

The award will provide an annual prize in the amount of $1,000 to a rising or current senior in the ILR School who has demonstrated substantial interest in the field of employee benefits, and exemplifies the qualities and principles that guided Steve’s professional and personal life—integrity, selflessness, willingness to help colleagues and the community, a sharp wit and sense of humor, and dedication to the mission and principles of the ILR School.

Spencer graduated from ILR in 1975 and went on to obtain a law degree from Columbia University. He began his legal career in 1978 at Morgan Lewis, initially practicing in its Labor and Employment Practice Group. He eventually moved to the company’s Employee Benefits/Executive Compensation practice, where he became a nationally recognized expert in the field.

“Most of us referred to ERISA (Employee Retirement Income Security Act) as the ‘E word,’” Ossip said. “But Steve loved it and to his credit, he was really ahead of his time. Because if you think about all the laws that have come to be since, and the role that employee benefits plays in human resources and labor and employment law, those are all laws that Steve really sunk his teeth into and became an expert in. And the fact that there is a whole field of employee benefits law is really a tribute to him and a handful of others who really focused on this as a primary practice area.”

Spencer retired in 2018 and became an adjunct faculty member at Cornell, teaching courses in both ILR and the Law School.

“I first met Steve in 1978 when we were both associates at Morgan Lewis [& Bockius LLP],” Lichtenstein said. “He and I became, not only good friends, we became co-professors, teaching an employee benefits law course 50 times over a 30-year period. I actually taught two classes for him in the ILR School and two classes that Steve also taught in Cornell’s Law School. He was so proud to do it.

“Once when I came to the university to teach a class, despite the temperature being three below zero, he dragged me around campus and showed me all the buildings. He just had a sense of pride for Cornell that really was unmatched. Thankfully, at some point he got hungry and we went inside, but that was after about an hour of walking around the buildings and looking at the statues and him showing me where he had been an undergraduate. So, the combination of my literal love for Steve, and his love for Cornell, brought me and the other two gentlemen to try to find a way to memorialize him.”

Last spring, Jessica Sprague ’21 was named the first awardee of the gift.

“It was an honor to work with Mr. Spencer’s classmates, friends and family on this thoughtful gift,” said Jennifer Sellen, assistant dean for Alumni Affairs & Development.

“Helping our students in this way is a wonderful tribute to the kind of person Steven was and will sustain his legacy for years to come.”

“Steve should have had many more years with family and friends and to impart his knowledge, experience, and humanity to future ILR students,” Hacker said. “This award will ensure that at least some of those students will know Steve’s name and the extraordinary person he was. It was our privilege to put that in place.”