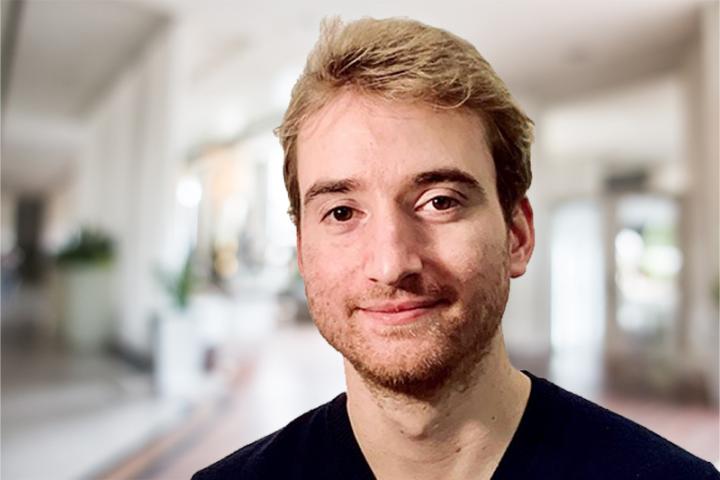 Josh Benamram ’14, co-founder and CEO of Databand, a software company that helps businesses monitor and improve the quality of their data, is one of two ILRies and eight Cornellians named to Forbes “30 Under 30” lists for 2022.

Databand is the industry’s only proactive data observability platform. It detects and resolves data issues before they become problematic, helping to ensure that data used to inform business decisions is accurate and complete.

“We cater to the needs of data engineers, who manage the really complicated parts of the data pipeline,” Benamram says. “Data engineers are very underserved when it comes to the tools they have to do their work efficiently. My team comes from a data engineering background, and we built a solution from the ground up with that unique persona in mind.”

Benamram founded Databand in 2018, after having served as product manager for Sisense, a business intelligence software company, and as a venture capital investor and private equity analyst.

Although Databand is his first company, he has always worked in the startup ecosystem.

His entrepreneurial journey began at Cornell’s Student Agencies, where he managed Big Red Shipping and Storage. “That was really meaningful to me,” he says. “eLab and other entrepreneurship programs were also helpful, and really educational.”

As an ILR student, he “took everything from statistics to human resources management to classic finance.” Although he initially had ambitions in law, a statistics course piqued his interest in data, changing his career trajectory.

Another influence was his Cornell network. “I was a brother of Sigma Pi fraternity, where I still have my closest friends,” he says. “Many have turned into quasi-business relationships as well. And the broader network of folks I met while engaged in different organizations — they helped me get where I am today.”

A second-generation immigrant — his father was born in Morocco and grew up in Israel; his mother is American —- Benamram says he’s always had “one foot in one world and one foot in another. I think that has helped with the range of skills I’ve been able to develop. It’s made me more well-rounded, and able to drop into different kinds of circles or communities and connect with people.”

Benamram’s family has strong Cornell ties; he and six other family members hold a total of nine Cornell degrees.

The other ILRie cited by Forbes is Josh Lafazan ’16, who was named to the “30 Under 30” list for education. Lafazan is an adjunct professor at Long Island University serving his second term on the Nassau County Legislature. He became the youngest-ever Nassau County legislator, at age 23, when he was first elected in 2017.