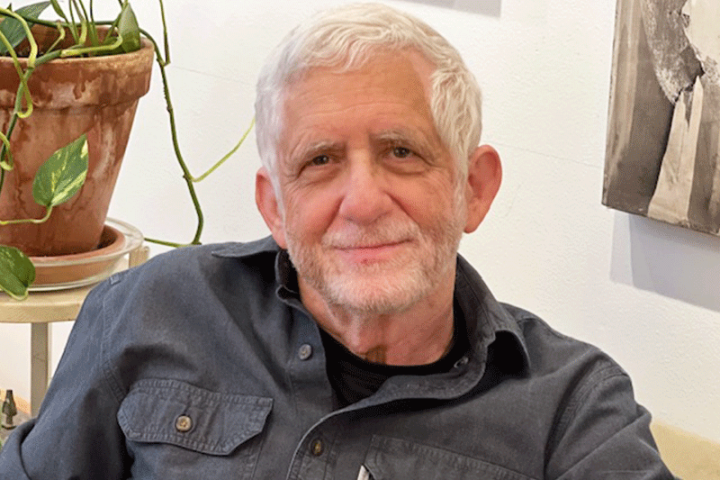 It’s rare to have a mentor whose lessons resonate decades later.

In gratitude, employment lawyer Carolyn Richmond ’91 has established and endowed the Professor Samuel B. Bacharach Scholarship.

Now a partner at Fox Rothschild LLP and chair of its Hospitality Practice Group, Richmond was a first-year student when she took “Introduction to Macro Organizational Behavior and Analysis,” which ignited her love for the study of organizational behavior. She took several more courses from Bacharach, including a social theory workshop.

“We spent a lot of time reading and discussing ‘Asylums,’ by Erving Goffman, and applying his qualitative method of ethnography to business structures and organizations,” Richmond said.

“Through that book and other assignments, Sam taught us how to think.”

One of the cornerstones of how she approaches her legal practice, she says, traces back to those days. “When I present the facts of a case to a judge, mediator or agency, I always try to tell a story. And I typically develop that story using a method of ethnography – watching and observing.”

Although Richmond found his classes exciting, she admits to having been intimidated by Bacharach. Today, it is the professor who is in awe of his former student.

“Getting this recognition from Carolyn, who has built her career with resilience and focus and succeeded in a competitive and very tough industry, while never losing her humor and empathy, is humbling,” said Bacharach, director of ILR’s Smithers Institute and the McKelvey-Grant Professor Emeritus.

Richmond says she is “forever grateful for the opportunity and experience” she had at the ILR School. “It led to a phenomenal career.”

Her career achievements have landed her on numerous “Super Lawyers” and “Best Lawyers” lists. She received the ILR School’s 2019 Groat Award, and has maintained close ties to the university, guest lecturing often and serving on the Cornell Center for Innovative Hospitality Labor and Employment Relations Management Advisory Board, ILR Dean’s Advisory Board and Cornell University Council.

Richmond isn’t the only student on whom Bacharach had a profound impact.

Peter Martelli ’97, a partner at Kirkland & Ellis LLP who focuses on mergers and acquisitions, and a member of the firm’s executive committee, took several courses and seminars with Bacharach. “I still remember how he owned the room through his ability to communicate and engage on complicated discussions in the simplest form,” Martelli says. “I think about his skills every time I am in a meeting.”

Martelli, recognized for his career achievements by Law360, Chambers, The Legal 500 and others, has a more personal memory, too: a visit to a union, where, nearby, his father was working as a construction worker. “Professor Bacharach insisted on visiting the job site to meet him,” Martelli says. “I remember their conversation – my father, an immigrant with no formal education, and my professor discussing my success as a student and my bright future. Although it didn’t fully register at the time, now, being a father (and having lost my own father), the fact that he took the time to do this was a highlight of my Cornell experience.”

To mark his upcoming 25th reunion and to honor his former professor, Martelli created the ILR 97 Bacharach Scholarship, a current-use scholarship that will be awarded annually over the next four years.

Bacharach’s enduring picture of Martelli goes back decades. "My very vivid memory of Peter is when he was a student in my New York City seminar. He knew who he was, appreciated his opportunities to move ahead, and was grounded, in the best sense of the word.”

Bacharach retired from teaching in 2018, the same year his son, Ben, graduated from ILR. He continues writing and spends much of his time training corporate and higher education leaders through the Bacharach Leadership Group. Over the past decade, Bacharach established Cornell’s program for high potentials, Leading Cornell, which was renamed in his honor. His most recent books on leadership include “The Agenda Mover: When Your Good Idea Is Not Enough” (2016) and “Transforming the Clunky Organization: Pragmatic Leadership Skills for Breaking Inertia” (2018), both published by Cornell University Press. The latter book was dedicated to his students: “To my ILR students who accompanied me on this journey. Thank you!”

Bacharach was surprised and deeply honored to learn of the scholarships this winter.

“I am overwhelmed. I never could have envisioned such an honor from one student, let alone two,” he says.

“Like many of my students, Carolyn and Peter have surpassed the accomplishments of their professor. They’re remarkable people and exemplify ILR’s undergraduate tradition of intellect and grit.”