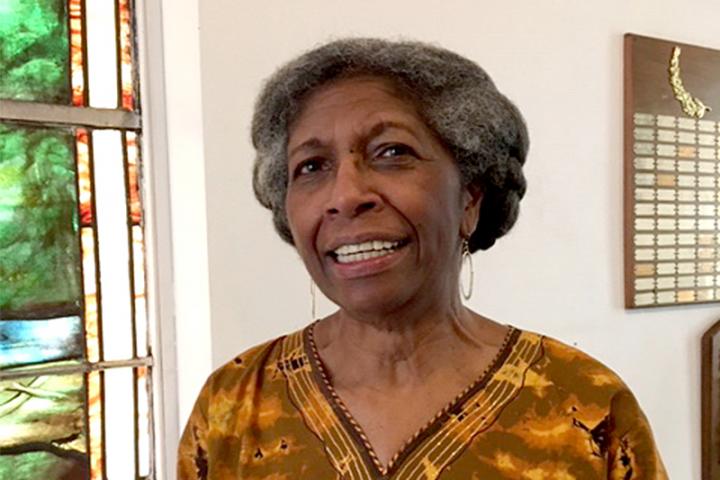 Martha Smith has been known for decades for her skill in creating an inclusive and welcoming atmosphere for students in the ILR’s Office of Career Services. She retired after nearly 40 years of service in 2019.

In 1978, she began as a temporary assistant to Professor Larry Williams and soon became a permanent member of the career services staff.

After she retired as associate director of the Office of Career Services in 2004, Smith continued to work as a part-time career counselor.

“From early on to the time I worked part-time, I saw that ILR students wanted to make a difference in the workplace and in the world.” Smith said in an interview this summer.. “They each had their unique and inspiring motivations.”

Smith advised and supported many of these students over the course of her career. In the ILR Memory Book Series, many shared stories of her kindness and devotion to students’ overall well-being in addition to her impact on their future careers.

“You were a coach, wardrobe consultant and therapist for so many of us during what otherwise would have been a far more stressful time in our lives,” said Tannia Schrieber ’96, now a career coach herself.

Students of marginalized identities and their families have expressed their gratitude for Smith over the years. Smith’s presence and personality encouraged students of all backgrounds to connect and continue to seek her warmth and wisdom.

How Smith treated everyone with dignity and kindness and handled her responsibilities with care and excellence showed students the value and art of relationship-building and accountability as keys to networking and career building, alums said.

“It’s hard to come to grips with the fact that the memories I have of nervously waiting for interviews and wondering where things would lead were almost twenty years ago,” added Reginald Odom ’88 in the memory book. “Yet, your sympathetic ear and undying support remain foremost in my memories of Cornell ILR.” Odom, who is now chief human resource officer of Physician Affiliate Group of New York, can be seen here addressing public health workers at the onset of the COVID-19 crisis.

Smith was known for her deep sincerity and professionalism. Alumni and colleagues recall her concern for all, sense of humor, optimism, and her terrific singing voice.

Smith embodies courage and tenacity. Sixteen-year-old Smith left Arkansas to study in California in 1962 to defy stereotypes and expand her own career options. Smith survived brain tumor surgery in 2004 and breast cancer in 2019. She has made a difference in the workplace and the world, as many of the ILR students have done that she advised over the years.

She was active in the ILR Staff Association. As a member of the ILR staff singing group “Priscilla and the Poinsettias,” she joyfully shared her renowned “velvet, angelic voice” not just in an advising session or a casual chat, but during performances at ILR staff events.

Smith continues to share her voice today as a member of the Dorothy Cotton Jubilee Singers, dedicated to the preservation of African American spirituals and Black heritage. The chorus performs locally, nationally and internationally.