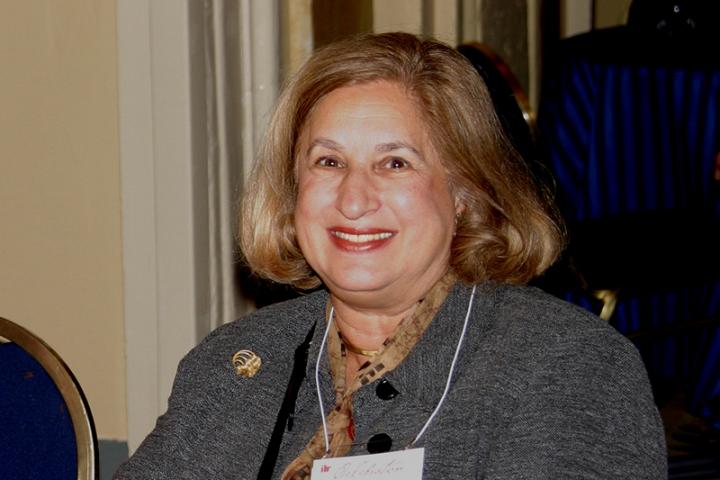 After graduating from the ILR School in 1962, Marcia Greenbaum had an influential impact on arbitration and mediation practices across the nation and in Eastern Europe.

She is described in her obituary as “A true believer in mediation and arbitration techniques as a means of solving societal problems, and an advocate for using dispute resolution to prevent violence in schools as well as the workplace.”

“Marcia helped create dispute resolution systems for newly emerging countries in Eastern Europe, served on a panel focused on the contentious 1993 dispute between Continental Airlines and the Airline Pilots Association, and played an integral role in the path-breaking Arbitrator Development Program for Women,” according to her obituary.

In 2000, Marcia delivered the Jean McKelvey Neutral-in-Residence inaugural lecture at ILR. She spoke about arbitration as a method of conflict resolution and its importance to labor-management relations, and about Jean McKelvey, a pioneering arbitrator and an ILR founding faculty member.

Winner of ILR’s 1981 Judge William B. Groat Alumni Award, which honors graduates who are exceptional professionals in the field of industrial and labor relations and service to the school, Marcia served as a member of the school's alumni board.

“Marcia was one of the pioneering women in dispute resolution and very successful in the field. Beyond her many accomplishments, we will remember her as a genuinely decent and honorable person who was a good friend to so many of us in the ILR family,” said Alex Colvin, Ph.D. ’99, ILR’s Kenneth F. Kahn ’69 Dean and Martin F. Scheinman ’75, M.S. ’76, Professor.

Marcia was a mediator for the Massachusetts Commission Against Discrimination and has been a vice president and member of the board of governors of the National Academy of Arbitrators. She wrote extensively on the implications of workers' personal problems and sexual harassment issues.

Marcia’s father, Abraham M. Goldberg, was an attorney and executive secretary of the New York State Labor Relations Board. “Marcia became interested in dispute resolution as she began high school because of our father’s work,” said her brother, David J. Goldberg.

In addition to her brother, Marcia is survived by her daughter, Fara Greenbaum, and many friends, including arbitrator and mediator Bonnie Castrey, who describes her as a “one of a kind Renaissance woman whom we all loved and who changed our lives for the better.”

Visit www.torffuneralservice.com to share your memories of Marcia. Donations in Marcia's memory can be made by visiting giving.Cornell.edu and contributing to the Cornell Promise Annual Fund Scholarships for the ILR School.