As the preeminent educational institution in the world focused on work, employment and labor, the School of Industrial and Labor Relations (ILR) generates and shares knowledge that improves the lives of workers and transforms the future of work.
Originally published in News. 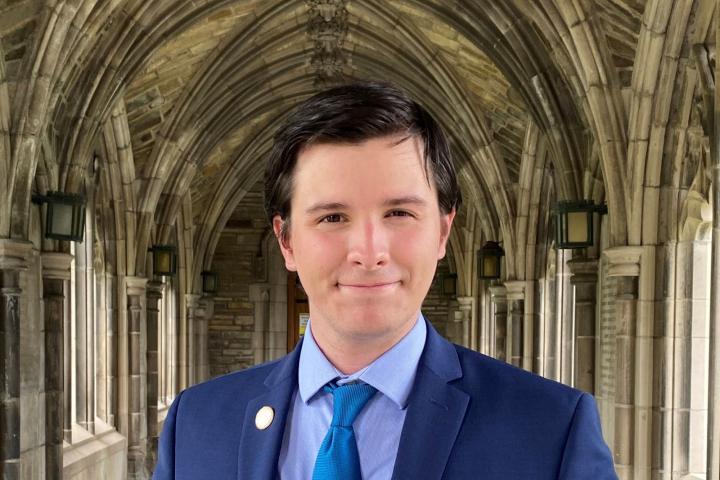 On Nov. 8, for the first time, nearly all Cornell students who live on campus will be able to vote on campus in a general election, thanks in part to Cornell Votes, a two-year-old nonpartisan student group that helped advocate locally and statewide for on-campus polling locations in New York.

“The ultimate inspiring thing for me is that students are a wildly untapped population in terms of people getting their voices heard – a huge group who, in my experience, is not apathetic but frustrated with how complicated it typically is to vote,” said Patrick Mehler ’23, founding member and president of Cornell Votes, a senior in the ILR School and an alderperson on the City of Ithaca’s Common Council.

The legislation – mandating polling places on college campuses with 300 or more registered students and preventing the division of college campuses into multiple voting districts – was signed into law by Gov. Kathy Hochul in April as part of New York’s FY 2023 budget. It’s among a series of successes notched by Cornell Votes, which was founded in summer 2020 by five students and now numbers more than 100. Members work on everything from community engagement, such as voter registration and absentee ballot assistance, to building coalitions with other student organizations on campus and nationwide, and developing coordinated social media and email outreach.

Read the full story on the Cornell Chronicle website.