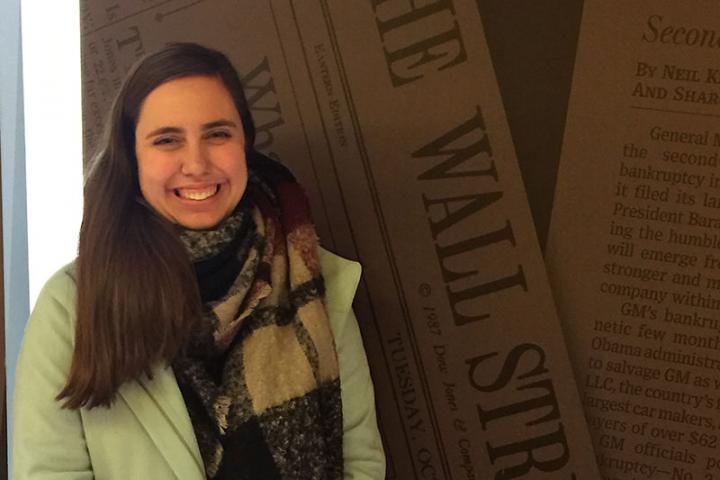 Haley Velasco ’15 is the embodiment of  “One Major, Endless Possibilities.”

After graduating from the ILR School with a minor in creative writing, she received a master’s degree from Northwestern University's Medill School of Journalism.

She joined “The Wall Street Journal” in 2017, working on the digital side and now serves as a social media editor. Additionally, she does freelance reporting and her writing has appeared in outlets such as “Yahoo Celebrity,” “The Drum,” “ USA Today” and “The New York Times.”

Although my career so far might not seem like a traditional ILR path, I found and pursued my passion while studying at Cornell University. The ILR School taught me to take what I love and pursue it wholeheartedly because the world needs us and our leadership. On a practical level, I learned how companies operate and about the systems that are put in place, all knowledge which I have used in my career thus far. Whether that be what human resources does and why, or how unions work, which I am part of one now, I learned so much from ILR during my four years.

One of the key pillars, in addition to my education in the classroom, that ILR taught me and I have used throughout my life is how to be an effective leader and drive positive change in both the workplace and through community service. Whether that be working to organize for IAPE, the news union that I belong to, or leading and volunteering for Hugh O'Brian Youth Leadership, a non-profit organization focused on teaching leadership to high school students, I have taken my learning from ILR and run with it.

Over the past 75 years, ILR has been a force in teaching, research and driving the practices of work and labor forward. Professors have made substantial research contributions, pushed theory forward and alumni have gone on to change the course of organizations from professional sports leagues to unions to major corporations and investment banks. I am confident about and excited to see the impact that ILR and its professors have and what future students accomplish to push the world of work forward.