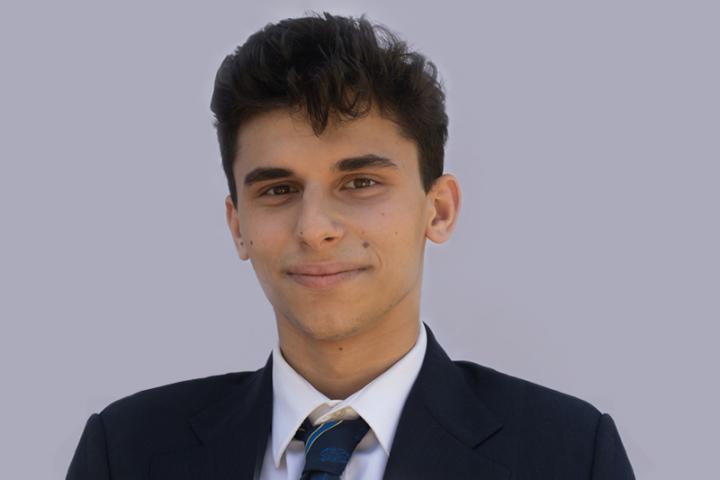 Eitan Wolf ’21 is one of many students whose plans shattered as COVID-19 spread last year. Forced to leave his study abroad program in Barcelona early, Eitan returned to the United States and struggled to find an internship for the summer.

Relying on the ILR alumni network, however, helped Eitan navigate the job market during such an unsure time. ILR alum Rachel Chiu ‘19 introduced Eitan to #MovingForward, an organization that works against harassment and discrimination in the venture capital industry. As a volunteer with the organization, Eitan helped redesign the sexual harassment workplace policy grading system for 175 firms, spurring firms to improve their policies and make workplaces safer around the world.

Eitan also connected with Dr. Alana Staiti, a 2018 Cornell graduate who works as a curator at the Smithsonian Institution. This introduction led to him an internship with the National Museum of American History, where he has been working on the upcoming bilingual exhibit, Pleibol! In the Barrios and the Big Leagues, which explores the Latinx experience with baseball in America. Specifically, Eitan has been adapting 3D scans of the objects in the exhibition and creating virtual tours and learning lab resources for visitors. The exhibit will likely launch in July, but some of the exhibits are available now for viewing on the Smithsonian’s website.

Eitan responded to questions below about his ILR experiences and his hopes for the school’s future.

ILR has completely changed the way I think about the workplace and the employee/employer relationship. Learning about how much the labor movement has had to fight — sometimes literally — for privileges we take for granted, like an eight-hour workday, has been incredibly inspirational and it makes me want to get into the action.

I come from a family with a history of union involvement, and it’s been absolutely amazing coming to an institution where I feel like I can continue their legacies. In particular, I’ve been focusing on how technology can augment and improve public education and provide opportunities for underserved communities. So, taking ILR classes like Professor Litwin’s “Technology and Change at Work” has helped me so much in that regard. Participating in leadership opportunities like the ILR Student Government Association, the Minority ILR Student Organization and the Undergraduate Labor Institute has also made me so much more empathetic, generous and hard-working purely through the examples of my peers and the wider ILR community.

I’ve been able to take everything I’ve been learning at ILR and apply it to my work as an intern at the Smithsonian National Museum of American History. I’m working on an upcoming exhibition called “Pleibol! In the Barrios and the Big Leagues” centered around the history of Latinos/as in baseball - not just the star male players like Roberto Clemente, but also the female players like Marge Villa and Carmen Lujan, as well as the community organizers and farmworkers who had to create their own leagues due to segregation. We’ve scanned 16 of the objects in our collection, and I’ve been creating 3D virtual tours of them online, complete with annotations, articles and an engaging augmented reality feature. It’s an amazing project led by the incredible Dr. Margaret Salazar-Porzio, and we’re very excited for the exhibition launch this summer. I’ve personally loved the interaction of labor, technology and public education, and I can tie many of my experiences directly to things I’ve learned through the ILR School. If you want to check out some of our objects, we have a few tours up already on our website!

How might the mission of the ILR school shape the next 75 years of work, labor and employment?

I believe the ILR School’s mission to improve working lives and inform policy has a unique opportunity to shape the next 75 years of work compared to other institutions, because in a rapidly changing society like ours, people need intelligent, informed people advocating specifically on behalf of workers in every sector.

It feels like things are getting more urgent and more disjointed than ever - ILR has the power to show others the power of community, labor organizing, solidarity and hard work if it adapts to the changing times. I would love to see further investment made into teaching students modern ways to advocate for workers, diving more aggressively into alt-labor tactics, union organizing sites like UnionBase and potential future sectors of work. We have 75 years of history to look back on; let’s make the next 75 years a future to look forward to!