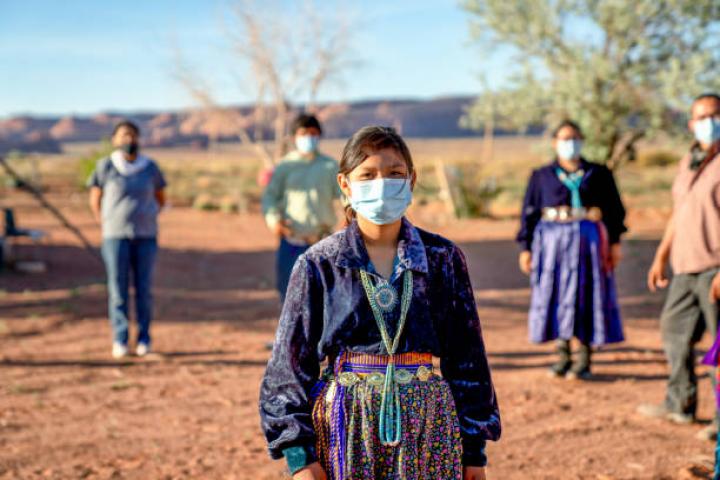 The ILR Hopi & Navajo Engaged Learning Program, being held for the first time this January, will introduce ILR students to the dispute resolution processes used by the Hopi and Navajo nations in Arizona and New Mexico. Several Scheinman Institute faculty members are associated with this innovative program.

The Engaged Learning Program in Native American dispute resolution was first envisioned by Richard Fincher, who lives in Arizona. He is a mediator and arbitrator of labor and employment disputes, a Scheinman Institute adjunct faculty member and an Institute Advisory Board member,

As a former Fulbright grant recipient, Fincher taught labor relations at Tôn Đức Thắng University in Vietnam. This connection led to the creation of the ILR Vietnam Engaged Learning Program, which he has directed for the past five years.

Fincher built connections with the Hopi Nation through the Association for Conflict Resolution. As he learned more about the Native American way of conflict resolution, which is “not judicial, not adjudicative and is based on restorative relationships,” he said he realized what an incredible learning opportunity working with Native Americans could be for ILR students.

“For the past 10  summers, ILR students have collaborated with our partner, the Swami Vivekananda Youth Movement, to assist Indigenous communities in India,” she said. “But, it’s something that we need to do more of and this pilot program offers a chance for students to understand the different practices that Indigenous communities in the United States use to manage conflicts.”

Although the program initially included travel to the American Southwest, it is being held virtually over Zoom to ensure the safety of participants and partners during the COVID-19 pandemic. Meetings held throughout December will prepare students for the program by learning about Native American culture and history.

Another educational partner is Katrina Nobles, director of conflict programs at the Scheinman Institute of Conflict Resolution. Nobles will teach restorative justice techniques as they are applied in modern dispute resolution practices.

John Bickerman, who works as a mediator and arbitrator, in addition to lecturing at ILR, will teach a session on water and land dispute resolution as it affects Native American nations in the American Southwest.  Bickerman also serves on the Institute’s Advisory Board.

The program begins in January and students will earn one to two credits during the spring semester by writing a research paper that incorporates what they learned during the program.