The Powerful Possibility of Workplace Collaboration 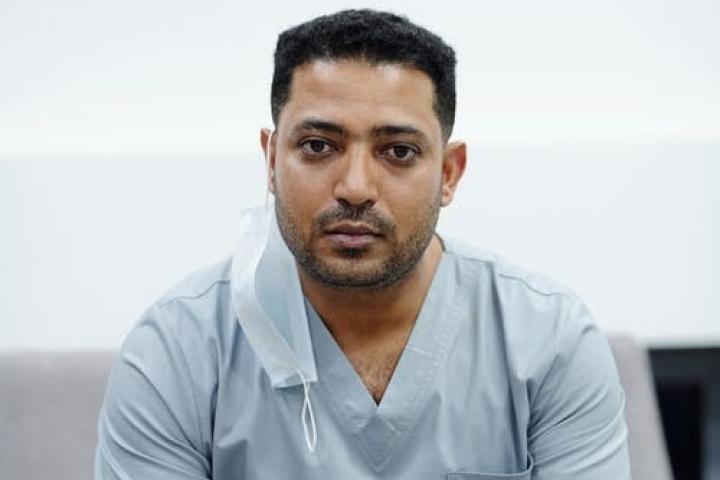 Director of Healthcare and Partner Programs at the Scheinman Institute

The worldwide tragedy of the Coronavirus Pandemic continues today. Even as many of us are finding some relief from the isolation, fear, and impact of the pandemic, it rages on across the globe.

Inequity and Disparity of the virus’ impact on people define the experience from the beginning. The poor and people of color have been substantially more severely impacted by the virus than wealthier and white members of the population

In the face of multi-layered national and international system failures, successful battles are being waged to save people from the COVID-19 infection.

One such successful battle has been waged in New York City Health and Hospitals’ Coler Nursing and Rehabilitation Center (Coler) on Roosevelt Island.

Virtually all of the non-managerial staff, including the Doctors at Coler are unionized. As such we are able to tell a story of success in the face of so much challenge and tragedy from a large and important setting of labor-management collaboration.

The staff at Coler defeated the national and regional trend in nursing homes in the first year of the pandemic BEFORE vaccines were available.

The staff at Coler developed a “bundle” of diagnostics, observation, communication, and therapeutics which reduced Infection Fatality Rates (IFR) from 24.4% to Zero over a period of three months. Moreover, there is much to learn from the extraordinary work by the staff at Coler when it comes to solutions to eliminate disparities in health outcomes based on race and ethnicity.

Our story today highlights the experience and findings in the downloadable article cited here: “Newly Developed COVID-19 Bundle Greatly Reduces the Infection Fatality Rate for a Highly Vulnerable Nursing Home Population”. The article is relatively brief and I encourage you to read it.

A Framework for Workplace Collaboration

“Collaboration” is one of those words that sets off all kinds of alarm bells in people, especially in traditional labor-management settings. Traditional labor relations are most often characterized by lack of trust, unresolved disputes, and separate and divergent interests. So it often follows from observers: “Collaboration…You must be kidding!”

The healthcare industry is among the best examples of how dialogue and behavior between labor and management must evolve to keep pace with the technological, demographic, financial, and social determinants of health that drive the outcomes of our very disaggregated care models.

It is estimated that of the nearly $4 trillion of annual national spending on healthcare in the United States, nearly half of that spending is wasted on at least six categories of waste: pricing failures, fraud and abuse, high administrative complexity, lack of care coordination, failure of care delivery (poor execution, safety, prevention), and overtreatment. (Berwick and Hackbarth, “Eliminating Waste in U.S. Healthcare” Journal of the American Medical Association, April 11, 2012, Vol. 307, No. 14). As the saying goes, “We don’t get what we pay for” -  as the U.S. ranks 37th in the world (World Health Organization) in overall health systems performance.

This macro overview of healthcare plays out at the point of care across the nation in every hospital, nursing home, lab, diagnostic treatment center, and pharmacy. The revenue stream for the $4 trillion spent comes by and large from employee paychecks, taxes, and employer payrolls.

The cost of healthcare has far outpaced the cost of living for decades. So between the poor outcomes and high cost, the value of our efforts is far below anything acceptable or sustainable.

Add to this waste of resources and human tragedy, the added injustice that people of color and the poor suffer even worse outcomes!

The need for transformed healthcare is among the largest national challenges we face.

Framing Collaboration: Ethics, a Shared Vision, Belief in the Knowledge of the Frontline Staff, and Systems to Support Meaningful Improvement Projects

Paul Adler of University of Southern California School of Management and Organization and Charles Heckscher of Rutgers University School of Management and Labor Relations have written extensively on the notion that the “successful enterprises of the future” must learn to become Collaborative Communities. Through their extensive study of centuries of developing forms of organization and leadership, they have strongly suggested that all of the old forms are no longer capable of dealing with the massive transformation of society underway, or to solve the current and future challenges we face, from climate change to building the needed social and physical infrastructures we must have to create meaningful and economically sustainable lives for workers in the face of technology and automation.

Adler and Heckscher suggest the following essential requirements to achieve the Collaborative Community:

2. Cultivating an ethic of contribution

3. Developing processes that enable people to work together in flexible but disciplined projects

4. Creating an infrastructure in which collaboration is valued and rewarded

With the above building blocks of the collaborative community in mind, we can learn from the efforts of the leadership and staff at Coler that the above principles can be defined and applied successfully in so many possible situations.

A Shared Purpose: An Ethical Framework of Solidarity and Justice

Dr. Howard Finger is on the staff at Coler. Additionally he is the Co-Chair of the New York City Health +Hospitals (NYC H+H) Bioethics Committee. He, along with the facility Chief Medical Officer, Dr. Rani Rao and frontline and managerial doctors, nurses, nurses’ aides, and allied health professionals (occupational and recreational therapists) discussed how they would confront the deep tragedy of a 24.4% infection fatality rate (IFR) in the early days of the pandemic.

At the annual John B. Corser Memorial Symposium on Bioethics for NYC H+H held earlier this year, Dr. Finger described the situation in which the staff at Coler found themselves in the early days of the pandemic: “the staff was confronted with the ‘moral distress’ of concerns for their own health and the duty to prevent harm to their patients”. This was a major challenge to defeat if the infection fatality rate was to be reduced.

The leadership and team decided to focus on the inherent injustice that was apparent to all of a patient mix at Coler in which 70% of the patient population was African American and overwhelmingly men.

We know that this population suffered some of the worst outcomes from the infection. Because of this extremely vulnerable population largely attributable to race and ethnicity, the group concluded that their unifying shared purpose was to reduce the infection fatality rate to achieve a high degree of justice.

Further, there was a recognition of the need for solidarity among one another and with their patients to overcome their own fear and to achieve the high moral duty to protect their patients from harm.

Dr. Rao assumed her duties at Coler from Chicago at the height of the pandemic. She stated in an interview for this article that she was overwhelmed with the capacity of the staff at Coler to quickly come together to battle the high fatality rates.

She observed and learned about the highly diverse staff at Coler and the long standing commitment to improvement practices based on strategic efforts to create more of a palliative care setting in the nursing home than the more typical approach of intervention at time of crisis with high cost and often ineffective medicines and technology.

You can read about the detail of the “Bundle” of practices that were developed that achieved the amazing result of going from a 24.4% IFR at the beginning of the pandemic to near zero within 3 short months.

Dr. Finger, Dr. Rao, and the rest of the team at Coler created a daily framing of “Solidarity and Justice” which motivated the staff to effectively use another of the essential components of a collaborative community as referenced above: developing processes that enable people to work together in flexible but disciplined projects, the Plan-Do-Study-Act {PDSA} tool of improvement.

The staff was familiar of course with standard geriatric processes which generally included once monthly taking of vital signs. Though it required new effort and new organization, the staff determined that vital signs should be taken three times a day, at least once on each shift. In addition to vital signs, included in the new “bundle” of activity and observation with each patient were: three checks a day of oxygen saturation levels; frequent follow up for any symptoms of COVID-19; identification for residents suitable for palliative care, and ramped up COVID-19 testing.

Huddles of staff occurred at every shift change to inform one another of patient condition and new developments.

Demonstration of Success and What Can Be Learned

It might be expected that to the outside observer that the new activity by the staff in the face of the high infection fatality rates would seem “obvious”. Perhaps.

However, we know that nursing homes account for between 25-33% of all COVID-19 deaths in the nation. Further, when compared to IFRs in the neighboring states of Pennsylvania, New Jersey, Connecticut, and Massachusetts, the results at Coler far exceeded comparative results. Nursing homes are by definition “congregant settings”, the places in which transmission of the virus is most likely to occur.

Add to this the fear of nursing home staff at nursing homes throughout the nation. Their fear included contracting the virus themselves and exposing their family and loved ones. High vacancy rates and reluctance to work with infected patients has been a grim reality for nursing home workers, among the most prevalent of the vast army of courageous “essential workers” across the nation.

The issue of disparities in health outcomes based on race and ethnicity has been a long standing body of knowledge in health care circles. However, to the general public, this notion of “disparities” has been brought into stark relief during the pandemic.

As Dr. Rao states: “The implications of this study are promising, as COVID-19 fatalities were greatly reduced at the study institution, despite key social determinants of health associated with poor COVID-19 outcomes that were prevalent in our resident population. Thus, it is likely that the bundle or components of it could be successfully applied elsewhere to similar at-risk NH populations after appropriate assessment, which the authors encourage. Modifications tailored to the particular institution, however, may be necessary.”

High performance outcomes are what all organizations want. The experience of Coler is a rich case in point about the building blocks of collaboration so necessary to achieve high performance. Here we see almost a classic case of the application of highly developed building blocks of Collaboration. At the same time, we see that what is also needed is a new “era of ethics” as applied to healthcare and frankly to all aspects of our highly unequal society, especially when we add the deep moral reality of inequality largely based on race, ethnicity, and class.

Solidarity and Justice are words more prevalent today in our culture than in a very long time. In the case of Coler, Solidarity and Justice helped shape a shared vision which carried through an atmosphere of real fear and anguish: that “moral distress” based in fear of contracting the deadly virus.

When combined with the scientific methods of processes developed to enable people work together on a disciplined project, great success was achieved: for patients, for staff, and for the rest of us to learn from, as we confront and try to overcome the almost innumerable “moral distresses” of our current world.