The Cornell Speech and Debate Program is the only university-sponsored debate organization at Cornell. We compete in Policy debate, Worlds (British Parliamentary) debate, Spanish-language Worlds debate and Individual Speech events. The organization is one of the largest of its kind in the United States, boasting over 100 members from diverse backgrounds. 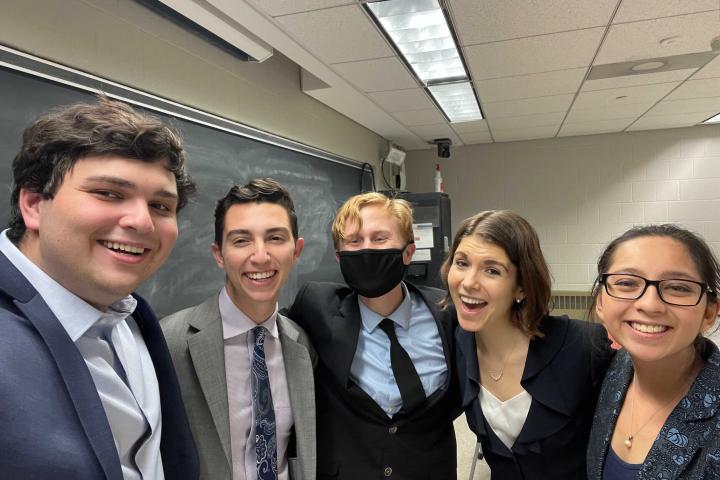 The Cornell Speech Program started the season this past weekend at the Ed Leonard Memorial Tournament. On Saturday, Cornell had the top speaker in After Dinner Speaking, Critical Analysis, Extemporaneous, Impromptu, and Informative. They also took top 3 in BOTH Limited Prep Events. The team took second place overall. Chloe Washabaugh received the Ed Leonard Memorial Award.

On Sunday, their successful weekend continued, with the team taking first place in Extemporaneous, Impromptu, and After Dinner Speaking. The team ended the weekend with 17 national qualifications, including 12 NFA quals and 5 AFA quals. Their next tournament is in 2 weeks.