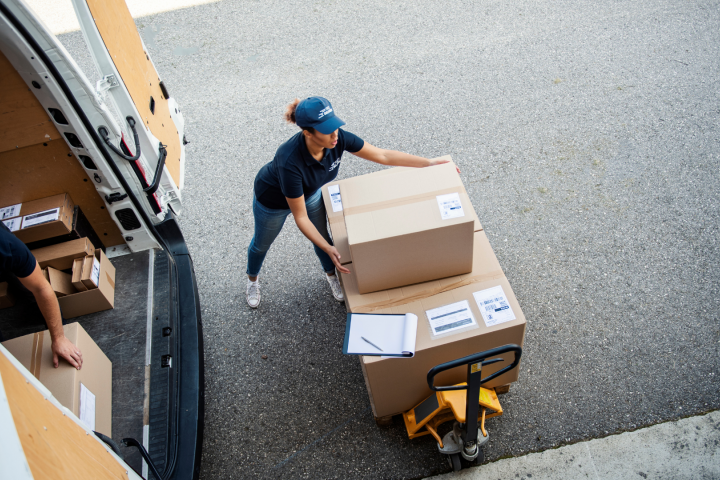 On March 26, 2021, the ILR school celebrated its 75th anniversary by hosting a National Virtual Conference on Labor in the 21st Century Challenges and Opportunities: A Worker-Centered Economic Recovery, A Changing Legal and Regulatory Environment, A Contested Political Terrain. The conference, streamed live on Facebook, was sponsored by the Lois Gray Labor Innovation Initiative to answer questions about how labor should respond to the challenges and opportunities born of the multiple and intersecting crises in recent years, including a global pandemic, climate change, uptick in racial violence, and rising inequality in all forms. Watch recordings and read more about each of the conference sessions below.

“What we have to do as a nation is to decide that we are going to value women’s work once and for all," said Mary Kay Henry as the conversation turned to the difficulties that women face as caregivers and workers during the pandemic. "Managing caring for young children and engaging fully in the workforce is really hard to do, making sure that we are bridging those gaps for women who need it is of utmost importance if we are going to have a fully functioning, fair, and equitable economy, said Analilia Mejia, who was interrupted while speaking by her young son.

Read a blog post about the Welcome and Opening Plenary.

The “Contested Political Terrain” session featured Moderator Tamara Lee, Assistant Professor at Rutgers University, Speaker Nia Winston, General Vice President at UNITE HERE, Bob Master, Legislative and Political Director at the Communications Workers of America in the Northeast, and Cedric De Leon, Director of the Labor Center and Associate Professor of Sociology at the University of Massachusetts Amherst. The discussion centered on the relationship between labor and political movements, and how workers can strategize to build power in communities. Panelists discussed the long-lasting impacts of the Trump administration’s rhetoric and policies which exacerbated existing racial divides. As mentioned by Bob Master, “Any analysis of American politics has to start with racism...which is one of the most defining features of the political terrain”. The panel discussed the way the issue of worker’s rights is inherently intertwined with racial justice, and future strategies that promote worker-centric political agendas must address both.

Doug Moore aptly described the factors of a worker-centered recovery by saying, “when you talk about a worker-centered recovery, you have to remember that you can’t center what you can’t see, and a lot of workers in our economy are invisible. The first step is to bring those workers and the work that they do in the light… What makes workers invisible? Race and gender.” The ensuing conversation focused on ways that gender and race intersect in work and strategies that workers could utilize to become visible in the public sphere.

The “Changing Legal and Regulatory Environment” concurrent session featured Moderator Kate Griffith, Jean McKelvey-Alice Grant Professor at the ILR School, and speakers Ruben Garcia, Professor of Law and Co-Director of the Workplace Law Program at the University of Nevada, Matt Ginsburg, Associate General Counsel, American Federation of Labor and Congress of Industrial Organizations (AFL-CIO), and Wilma Liebman, Past Chairman of the National Labor Relations Board. The discussion focused on current challenges regarding legal statutes and regulations within the workplace.

Read a blog posts about the breakout session.

Closing Plenary: Looking Ahead for Labor

The closing plenary featured Ariel Avgar, Associate Dean for Outreach and Associate Professor at the ILR School, Erica Smiley, Executive Director at Jobs With Justice, and Elizabeth Shuler, Secretary-Treasurer at AFL-CIO. The panelists each spoke to hopes they have for the labor movement in the future as workers and activists alike recover from the overwhelming racial, socioeconomic, and environmental challenges of the present.   "We need a just transition. If it's not just, workers are going to resist it," said Elizabeth Shuler. "The work before us today is 150 years in the making, to complete the grand project of building a multiracial democracy in the United States," said EricaSmiley.