The Worker Institute brings together researchers, educators and students with practitioners in labor, business and policymaking to address issues related to confronting systemic inequality and building a fair economy, robust democracy and just society. We will share opinion, analysis, research, data, insights and training from our faculty and staff.
Originally published in Labor Leading on Climate Initiative.

Labor Standards Can Help Us Build Back Better 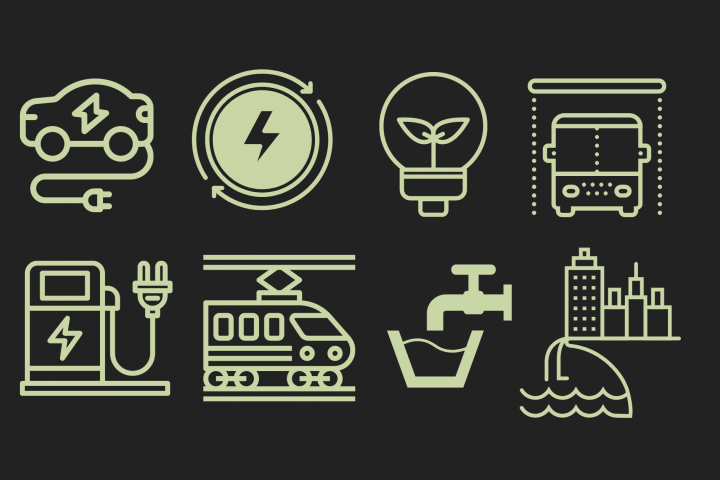 On March 31st, President Biden released the details of his much-anticipated infrastructure proposal, the American Jobs Plan. The proposal calls for roughly $2 trillion in spending over eight years, and broadly defines infrastructure, touching on everything from roads and bridges to caregiving. Notably, President Biden views his infrastructure plan as a key part of several broader fights: beating back climate change, empowering the American worker, and rebuilding the economy after the devastating effects of COVID-19.

Speaking from a Carpenters Training Center in Pittsburgh, Biden said, “The American Jobs Plan will lead to a transformational progress in our effort to tackle climate change with American jobs and American ingenuity.”  He later added that there are “incredible opportunities for American workers... in a clean energy future.”

Of course, one infrastructure bill cannot by itself solve the climate crisis or revive America’s labor movement. Nor can it heal our collective loss from the ongoing pandemic and our country’s increasing racial inequalities. But Biden’s proposal comes at a time when labor is pushing, both locally and globally, for a just recovery from COVID, and when more unions are aligning with environmental groups and pushing for green union jobs.

If the American Jobs Plan is enacted with strong wage and labor standards, it could aid these fights, laying the groundwork for a just transition away from fossil fuels, while building resilience in a country already facing significant climate impacts and risk, and driving the recovery from the COVID-19 pandemic, which - along with the climate crisis - disproportionately affects communities of color and low-income communities.

The plan can also improve American’s health and safety through its provision of $16 billion to plug orphaned oil and gas wells and mines, $5 billion to remediate and redevelop Brownfield and Superfund sites, and $56 billion to upgrade and modernize drinking water, wastewater, and stormwater systems. These funds seek to remedy existing risks that, among other things, have damaged homes, exposed people to toxic substances, and poisoned the water in communities like Flint, Michigan. Mirroring provisions of FDR’s New Deal - and building off the organizing for the Green New Deal - Biden’s plan would also allocate $10 billion to develop a Civilian Climate Corps.

Many people wonder if this level of funding will meet the various challenges we face. Climate change is already hurting communities, and it will only get worse in the coming years. Can this really move us to rapidly upgrade our infrastructure systems and strengthen communities to create climate resilience, while also meeting the demands of the COVID recovery?

It depends. Some organizations have framed the plan as a “downpayment” rather than a cure-all. But the downpayment will only be sufficient if workers and frontline communities see real benefits from green infrastructure and clean energy projects.

Yet, a majority of climate and green work has let workers down, with inadequate pay, low unionization rates, and a lack of local hiring in at-risk communities. We must transform these jobs with large-scale investments that have strong labor standards attached to the funding. The American Jobs plan can move us in this direction.

Significantly, Biden’s proposal includes a call to pass the PRO Act, which is the most consequential labor law reform proposal in decades. Further, projects funded by the American Jobs Plan would mandate employers to remain neutral during a union drive. These changes would remove many of the existing barriers to union organizing.

The plan also requires prevailing wages for clean energy and infrastructure, and it lays the groundwork for Project Labor Agreements/Community Workforce Agreements, local hire provisions, and the use of “registered apprenticeships and other labor or labor-management training programs'' to provide a local, reliable, and skilled workforce.  Elsewhere in the supply chain, it sets Buy America and Ship American provisions, allocates $10 billion to better enforce safety standards, equal pay, and anti-discrimination measures, and increases penalities for employers who violate safety and health rules.

It is imperative that we aggressively fight climate change, but we can’t do it at the expense of workers and frontline communities. Residents of communities already facing environmental hazards shouldn’t be expected to bear the brunt of climate change, nor should non-union renewable energy and energy efficiency workers have to accept low wages and poor working conditions. Unionized workers in fossil fuel-dependent industries also shouldn’t have to give up their hard-earned pay and benefits. We must give people more than vague promises of a better tomorrow. We need real investment and a concrete plan to implement an equitable, green transition.

The labor provisions outlined in the American Jobs plan have the potential to transform “good, green jobs” from a concept to a reality, making sure the green transition is not built on the backs of workers and at-risk communities. If the proposal becomes law, we could see tens-of-thousands of union workers manufacturing and installing wind turbines, building public transit lines and electric vehicle charging stations, and more in the not-so-distant future. If implemented properly, community workforce provisions and strong labor standards can benefit the frontline communities most affected by climate change. And as these projects take off, and more union workers have a stake in the green economy, there is a chance to build a powerful constituency that furthers progress.

In New York, we’ve seen this strategy playout firsthand. In 2017, several unions formed Climate Jobs New York (CJNY) with the goal of simultaneously reversing climate change and runaway inequality.  Member unions represent 2.6 million New Yorkers in jobs ranging from the building trades to nursing, and everywhere in between. In recent years, the coalition successfully pushed to double funding for solar installations on public schools, and for Project Labor Agreements in the state’s growing offshore wind industry.  As of now, New York has approved offshore wind projects that will eventually power more than 2.4 million homes, all built by union and union-scale workers.

Just this year, CJNY was able to build on this success.  In the 2021-2022 New York State budget, CJNY secured unprecedented labor standards for future renewable energy construction, maintenance and operations, as well as incentives to manufacture equipment and supplies. Union interest continues to grow, as CJNY - along with the Worker Institute at Cornell - plans to train labor-climate activists from LiUNA, CWA, SEIU, and NYSNA in just the next few months.

The American Jobs Plan is just one of many steps needed to combat the crises of climate change, increasing inequality, and our recovery from COVID-19.  But if the Biden Administration can usher an infrastructure package through Congress, with strong labor protections, communities might stand a fighting chance. And as organized labor expands its reach, more workers may see green and clean energy infrastructure as a reasonable path to a better economy and a healthier planet. If labor history teaches us anything, when workers see a future for themselves and their families, they will fight to make it a reality.