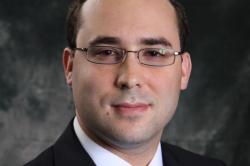 Mr. Greenberg is a member of the National Academy of Arbitrators. He spent several years in practice as an attorney in New York City practicing labor and employment law prior to establishing his practice as a full-time neutral in the Washington, D.C. area in 2012.

Keith D. Greenberg is an arbitrator and mediator of private, public, and federal sector labor and employment disputes. He is a member of the National Academy of Arbitrators (NAA), and serves on its Board of Governors. He serves on a number of labor arbitration panels and rosters, including those maintained by the American Arbitration Association (AAA), the Federal Mediation and Conciliation Service (FMCS), the Labor Relations Connection, and the National Mediation Board. Mr. Greenberg also serves on permanent labor arbitration panels in the private, public, and federal sectors, and regularly adjudicates disputes involving EEO and unfair labor practice complaints. Mr. Greenberg is listed on employment arbitration panels maintained and administered by the CPR Institute.

Mr. Greenberg is an experienced mediator, serving as a member of the AAA’s roster of employment mediators and its panel of labor mediators. He also serves on the rosters of employment mediators for the United States Office of Congressional Workplace Rights; the U.S. Equal Employment Opportunity Commission’s RESOLVE internal ADR program; the U.S. Nuclear Regulatory Commission Early ADR Mediation Panel; the Cornell University Roster of Dispute Resolution Neutrals; the CPR Institute; the American Health Lawyers Association; and as a mediator for labor and employment cases in various Maryland Circuit Courts.

Mr. Greenberg is an experienced mediator, serving as a member of the AAA’s panel of labor mediators as well as the rosters of employment mediators for the United States Office of Congressional Workplace Rights; the United States Equal Employment Opportunity Commission’s RESOLVE internal ADR program; the United States Nuclear Regulatory Commission Early ADR Mediation Panel; the Cornell University Roster of Dispute Resolution Neutrals; the CPR Institute; and as a mediator for labor and employment cases in various Maryland Circuit Courts.

Mr. Greenberg has experience with videoconference arbitration and mediation proceedings and has served as a trainer for video arbitration and mediation programs sponsored by the National Academy of Arbitrators (NAA), the Labor and Employment Relations Association (LERA), and the American Bar Association’s Section of Labor and Employment Law. He serves as the Technology Coordinator for the National Academy of Arbitrators and as a member of the NAA’s Videoconferencing Task Force.

Mr. Greenberg serves as a member of the Board of Governors of the National Academy of Arbitrators. He is the Neutral Co-Chair of the Webinar Committee of the ABA’s Section of Labor and Employment Law and was elected a Fellow of the American Bar Foundation. He serves as a Director of the NAA’s Research and Education Foundation. Mr. Greenberg is a member of the Maryland, Philadelphia, and Virginia Chapters of LERA, and currently serves as President of Maryland LERA. He currently serves as 2nd Vice President for the Society of Federal Labor and Employee Relations Professionals (SFLERP). He served as Co-Chair of the Steering Committee of the D.C. Bar’s Labor and Employment Law Community from 2016 to 2018. Mr. Greenberg is an active member of the National Association of Railroad Referees, and of the Cornell ILR Alumni Association. He is a member of the Cuban American Bar Association and is fluent in Spanish.

Mr. Greenberg is a graduate of the Cornell University School of Industrial and Labor Relations and of the University of Michigan Law School.

Per Diem Rate – My per diem rate is $1,800.00 for grievance arbitrations arising under collective bargaining agreements, except as noted below, and for work as a neutral labor relations administrator, oversight of card checks or elections, or for other work in similar adjudicative capacities. For proceedings that fall under the following categories, my per diem rate is $2,600.00: interest arbitration cases, including mediations, med-arb, and similar proceedings involving the resolution of bargaining impasses; employment arbitrations; FLSA class or collective action grievance arbitrations; and other complex multiparty or class proceedings. The full per diem rate applies to all or any part of a hearing day. If a hearing day exceeds eight hours, then additional pro rata charges for the excess time may be made.

My rate for employment mediations is $350.00 per hour. A minimum charge of four (4) hours is payable for any day on which a mediation session is held. For grievance mediations, a flat rate of $1,800.00 per day is charged.

Study Time – My per diem charges (rounded to the nearest half-day) are applied pro rata on the basis of an eight hour billed day to actual time spent in prehearing matters, in review of the record and briefs, in preparation of the Opinion and Award, and in any posthearing matters.

Travel Time and Expenses – Per diem charges may be made on a pro rata basis for time spent traveling to and from the hearing. Charges are also made for actual and necessary expenses of travel, lodging, meals, and incidentals that may relate to the hearing. Personal automobile mileage expenses are charged at the then-current IRS rate. Additional charges may apply for cancellation or change fees associated with airfare purchased as nonrefundable travel. (Such purchases may be made when significantly less expensive than refundable travel unless the Parties request otherwise.)

Joint and Several Liability for Fees and Expenses – Services are provided for the benefit of both parties. Liability for fees and expenses, therefore, is joint and several.