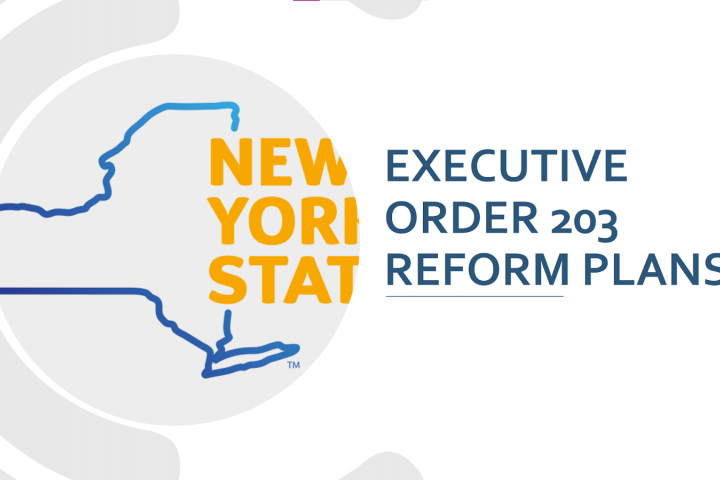 Following police officer Derek Chauvin murdering George Floyd in May of 2020 and the subsequent public reaction, politicians around the country have responded with varying strategies to hold police departments accountable and to reduce the number of people police officers kill. ILR undergraduate Niamh O’Connor has recently worked with the Scheinman Institute’s Dan McCray, Director, Labor Relations, to investigate one such reform effort: Governor Andrew Cuomo’s Executive Order 203. This order mandated that every local government entity in New York State had to create a plan to improve their law enforcement practices by April 1, 2021.

O’Connor researched the policies and practices of 106 municipalities in New York State (every New York local government entity with a police force). For each municipality, she tracked four criteria: the usage of independent bodies to review police department conduct, whether or not these bodies have the ability to discipline, the usage of body cameras, and the usage of professionals who specialize in addressing mental health concerns.

By looking at how different municipalities by type (counties, cities and villages) and setting (urban, suburban and rural) implemented these reforms, O’Connor uncovered the trends behind differing strategies of police reform. Across the board, the usage of body cameras was the most common practice. On the other hand, the implementation of independent bodies to review conduct was less common, with granting these bodies the ability to discipline police being the least common measure of all. O’Connor’s research has provided valuable insight into the status of New York’s policing and provides an important baseline for further research.