Understanding the Successes and Failures of Today’s Labor Movement 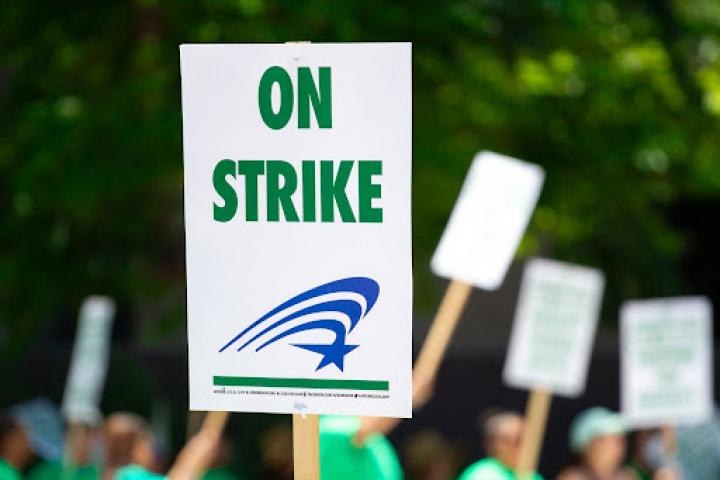 Harry Katz, Director of the Scheinman Institute and the Jack Sheinkman Professor of Collective Bargaining, recently spoke at two virtual presentations at the International Labor and Employment Relations Association (ILERA) World Congress in his capacity as the association’s newly elected president.

In one session, Katz analyzed recent developments in the U.S. labor relations system. Mentioning the low 6.5% union coverage rate in the U.S. private sector, he remarked on the innovative organizing strategies unions have engaged in to try to reach a higher percentage. Despite these efforts, he noted, unions have not managed to reverse the trend of declining private sector union coverage.

Regarding the PRO Act (a proposed federal law that some proponents claim could drastically revitalize the U.S. labor movement), Katz explained that “federal legislation has not comprehensively changed in the United States since 1959, even in the face of several efforts to change it,” and that despite the labor movement’s efforts, the PRO act may not be likely to pass through Congress.

In contrast to the lack of legislative change regarding federal labor law, Katz said that the U.S. Supreme Court has taken a more active role in affecting U.S. labor relations and employment practices. This has included allowing employers to enforce mandatory employment arbitration in non-union settings instead of allowing employees to go to court to pursue a case on discrimination or harassment. Another result from the Supreme Court’s role in U.S. labor relations is the limitation on public sector unions' abilities to collect agency shop dues because of the court’s ruling in Janus v. AFSCME.

On a more positive note for the U.S. labor movement, Katz observed that unionism has sustained itself in the public sector, meaning that the labor movement has managed to maintain higher rates of unionization in the public sector than it has been able to in the private sector. “Approximately 36% of all public employees, whether they work at the federal or the state government or at the municipal, city level, are members of unions and covered by collective bargaining, and that level of unionism has held up, some would say surprisingly,” Katz stated.

In his Plenary Keynote Address, Katz delivered his presentation entitled Has the Pandemic Led to Greater Convergence or Divergence in National Employment Relations Systems?, explaining that the COVID-19 pandemic has been a common force among countries that has created variation in outcomes for workers, specifically in terms of whether or not workers could continue “almost seamlessly” into remote work through the internet.

Katz unpacked this paradigm using the framework he developed in his book Converging Divergences: Worldwide Changes in Employment Systems, co-written with Owen Richard Darbishire of Pembroke College, University of Oxford. This book argues that factors such as the decline in strength of unions and intensified international economic competition led to greater variation within the employment systems of countries. While there was divergence within countries, different countries were similar in that they shared the causes of these divergences and there were similarities in the mechanisms through which increased diversity appeared in countries.

Applying this knowledge to the pandemic, Katz explained that COVID-19’s “poor effects on those employees who were not able to benefit from internet connections is in part due to union decline.” Citing the low unionization rates of U.S. hospitality workers, retail workers, and agricultural workers, he discussed how union decline has played a role in the negative effects the pandemic has had on the workers who were impacted the most. Additionally, he added, the “weakening of social regulation” has left essential workers without much government regulatory support.

Commenting on the precarious workforce, Katz explained that “the employment relationship has been individualized” through subcontracting and outsourcing. Such a relationship has rendered the effects of COVID-19 on workers (in terms of layoffs and health and safety conditions) more severe than they would have been otherwise.

Katz also pointed out the increased variation between states within the U.S. regarding employment relations. For instance, he said, “a number of states led by Republican governors are ending the federal supplemental unemployment insurance benefits ahead of their scheduled expiration” in September. This comes in contrast to more socially liberal states, where state governments are supplementing the federal unemployment insurance.