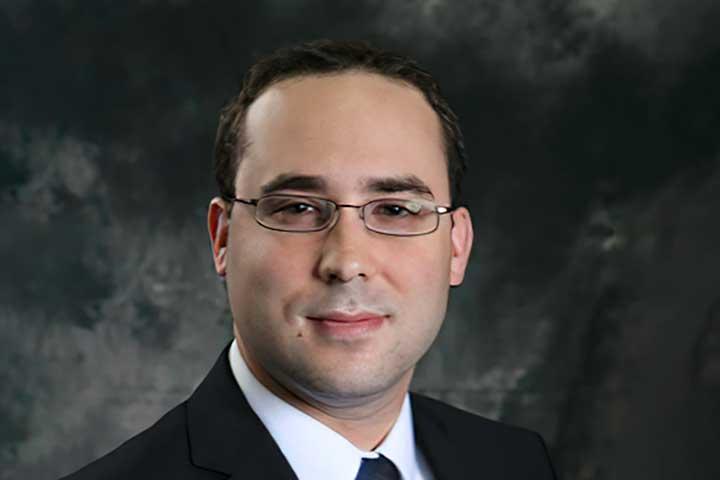 What year did you graduate from ILR?

I received my undergraduate degree from ILR in 2007 and graduated from the University of Michigan Law School in 2010.  From there, I was in private practice in New York working with Eve Klein, an ILR alum, until I moved to Maryland and began my practice as a labor and employment neutral.  As my practice began and developed, I was mentored by Ira Jaffe, also an ILR alum.

What Scheinman activities did you participate in?

I enjoyed the Collective Bargaining course with David Lipsky and Ron Seeber so much that I made a point of becoming involved in the Institute (and took their elective courses on negotiation and on managing and resolving conflict during my senior year).  As a senior, I took the arbitration course with Risa Lieberwitz, never imagining just how quickly that class would become relevant in my career.

I was admitted to the National Academy of Arbitrators in 2019 at age 33, which puts me among the younger admittees in recent memory.

During the pandemic, I have served on the Academy’s Videoconferencing Task Force, where I worked with a team of colleagues to educate management, labor, and neutrals on how to use technology to safely continue to resolve disputes.  I keep in mind that parties are placing their trust in my skill and judgment to help them reach a settlement or to give them a way forward, and every opportunity to help resolve a dispute feels like a career highlight.  I love what I do.

Your current professional experience and how it was influenced by your time at Scheinman/ILR?

Whether I am resolving a multi-party mediation or drafting my analysis for an arbitration award, I use the skills that I learned at ILR every day in my practice.  My ILR degree gave me added credibility as a labor and employment neutral after I began my arbitration and mediation practice at an early stage of my career.

Advice you would give to students in the field:

Take advantage of opportunities through the Institute and ILR, and start to develop skills that you will use and build on later.  If you don’t find the opportunities that you are looking for, create the opportunity with help from friends, classmates, faculty, staff, and alumni.  Cornell is a place of possibilities for those willing to put in the work.

People skills are at the heart of conflict resolution.  Listening actively, building rapport, and demonstrating empathy are important life skills, and essential for a good conflict resolver.