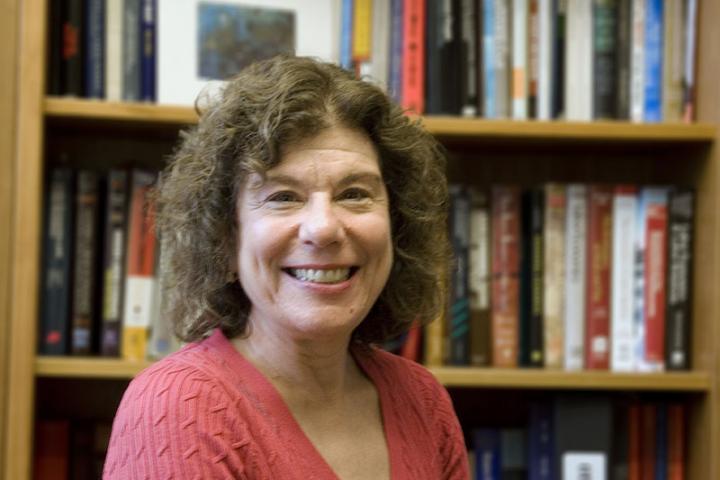 In 1971, Francine Blau ’66 helped establish the American Economic Association’s Committee on the Status of Women in the Economics Profession. In the 50 years since then, she has made countless contributions to the study of female labor force participation and gender wage inequality.

The ILR School’s Frances Perkins Professor of Industrial and Labor Relations and a professor of economics, Blau has published over 100 articles, chapters and conference reports. She has also written or edited more than 10 books, and her much-cited volume The Economics of Women, Men, and Work, now in its 8th edition, is the standard textbook on gender issues in the labor market.

In 2013, she co-authored a paper with Lawrence Kahn comparing female labor force participation rates among economically advanced countries. The research continues to be referenced in the media and among policymakers searching for answers to America’s issues surrounding working families and child care. Kahn, who holds ILR’s Braunstein Family Professorship, and Blau are married. They frequently collaborate on research. Their latest paper, looking at the extent of the gender wage gap and probing the explanations for it, is also widely referenced as the media and policymakers seek to understand the gap’s persistence.

Recently, Blau co-authored a paper on research showing that an annual American Economic Association workshop for female economists was effective in retaining women in academia, helping them to achieve tenure in the top 30 to 50 ranked schools in the country, and to publish more academic papers.

Thanks to her deep body of research, in 2010 she became the first woman to receive the IZA Prize in Labor Economics.

The award committee noted Blau’s “seminal contributions to the economic analysis of labor market inequality,” as well as the fact that “her work has profoundly shaped the view of scholars and policymakers on the causes and consequences of gender differences in economic outcomes, and on policies for advancing women’s labor market position and well-being.”

She has also been awarded the American Economic Association Committee on the Status of Women’s 2001 Carolyn Shaw Bell Award for furthering the status of women in the economics profession, the Society of Labor Economists’ 2017 Jacob Mincer Award in recognition of a lifetime of contributions to the field of labor economics, and in 2018 she was named an American Economic Association Distinguished Fellow.

Before publishing books and winning lifetime achievement awards, Blau was a wide-eyed undergraduate from Queens  who saw Cornell for the first time when she stepped off the bus to begin her freshman year.

“Cornell looked and sounded so distant, such a big adventure,” said Blau when she won the ILR School’s Groat Award in 2017. “In that small upstate New York town, I discovered the world.”

I came to ILR a young woman from Queens who had hardly ever ventured outside the New York City area. Going to Cornell for me felt like an almost unimaginable adventure and it was an opportunity that I am profoundly grateful for. At that great university, nestled in quiet upstate New York, I discovered the world -- meeting new people from all over, being exposed to the social sciences in depth, absorbing new ideas and social concerns. I found my vocation in economics, but unlike many economists, I also got a broad social science background that gave me important perspective and insights. My time at ILR also helped to shape the commitment to social justice and the concern about poverty and inequality that came to characterize much of my professional work.

I got interested in feminism and gender issues a few years after graduating ILR, but the commitment to social justice and concern over inequality that I developed at ILR laid the groundwork. The gender pay gap became the focus of my doctoral dissertation and gender issues the primary focus of much of my research. When I started out, research on women was relatively sparse and not fully accepted as part of the mainstream so I’d like to feel I contributed to its broader acceptance. My growing feminism also led me to band with other female grad students and women faculty to push the American Economic Association to address the inequities women faced in this overwhelmingly male profession. We were successful in getting the Committee on the Status of Women established in 1972.  While still a graduate student, I served on its first board. In 2003, I returned to chair the committee.

The interdisciplinary focus on the workplace that characterizes the ILR school and its community of scholars puts us in an excellent position to contribute to the understanding of the extremely important issues facing the United States over the next 75 years. Two of the urgent issues I would highlight are dealing with widening inequality and addressing the inadequacies of our social safety net. The COVID-19 crisis has laid bare these and other fissures in the labor market and broader society.  I feel ILR can definitely be part of the solution.