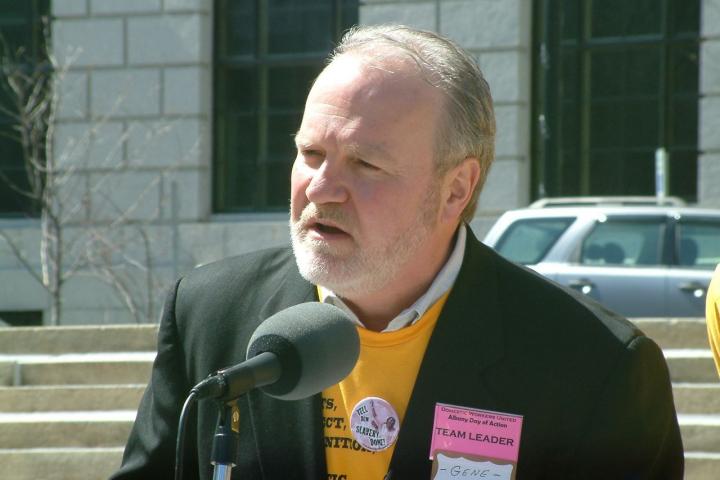 By the time he retired July 1, Gene Carroll devoted over 40 years of his life – including 25 at ILR – to elevating the lives of working people.

Carroll came to the school as an established organizer, educator and advocate in the labor, peace and social justice movements. During his ILR career, Carroll coordinated a range of educational programs and helped the NYS AFL-CIO / Cornell Union Leadership Institute become a flagship ILR program that is highly regarded across the country.

Known for his dogged persistence in promoting leadership development, Carroll brought a vast network of relationships with leaders of every sector of the labor movement to his work with the leadership institute, known as ULI. During his time with the program, which he served as co-director, he nearly single-handedly recruited rising leaders to fill the ULI class every year, colleagues said.

“Gene played an instrumental role in building and sustaining the NYS AFL-CIO / Cornell Union Leadership Institute,” said New York State Labor Commissioner Roberta Reardon. “As a graduate of that program, I know how important the ULI has been in supporting the New York labor movement as a vital part of our state’s economy.”

A valued member of the ULI team and a trusted colleague at the Worker Institute, Carroll’s career took him from Harrisburg, Pennsylvania, to New York City, to Washington, D.C., and back to New York, as he worked to advance labor’s interests and social justice.

His previous positions included executive director of New York Jobs with Justice; communications specialist for the United Mine Workers of America; national labor coordinator and organizing director for the National Campaign for a Nuclear Weapons Freeze; and organizer for the Amalgamated Clothing and Textile Workers Union.

Carroll earned a master’s degree in labor studies at the City University of New York, where he served as an adjunct labor history instructor.

“Many of the leaders who benefitted from Gene’s work are now leading key organizing and worker justice campaigns across New York state. Like them, we will miss Gene, but will always honor his legacy educating and training current and future labor and social justice leaders.”